POLL | Who is your pick for ANC deputy president? 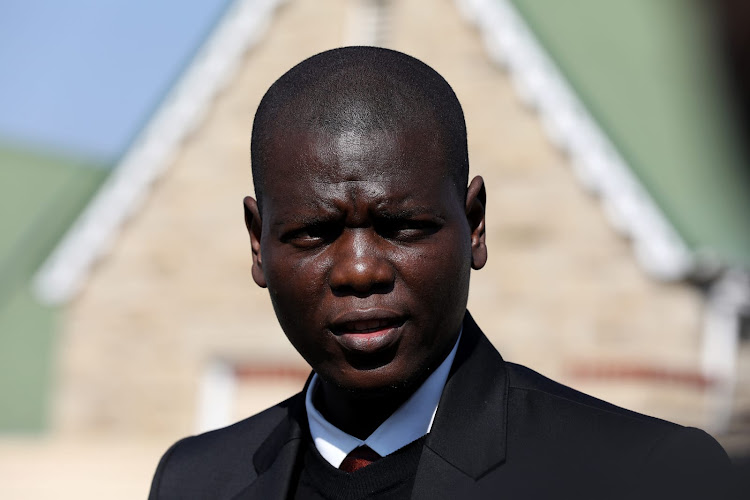 Justice and correctional services minister Ronald Lamola said he would answer the call if ANC structures put him forward to run for the position of party deputy president during the elective conference in December. File photo.
Image: Sandile Ndlovu/Sunday Times

The ANC elective conference is several months away but there is already talk among South Africans and politicians about which candidates are most suitable to be deputy president of the party.

Deputy president David Mabuza indicated last year during a campaign for the local government elections that he was willing to return for a second term if ANC voters encouraged him to run.

“It will be the decision of the people. I never imposed myself on this position. I was elected by the people. They said I must come and serve. It will be the same. If they say I must run, I will run again. If they say ‘we have another candidate’ I will accept it because the will of the majority must be respected,” he said.

Justice and correctional services minister Ronald Lamola has shown interest in contesting Mabuza’s position. Several other party members have also been mentioned in connection with the position.

Who would be your pick for deputy president?

Lamola told Sunday Times Daily the ANC needed “a generational mix” of young and old leaders in its top positions.

He said his move would be informed by the structures of the ANC.

“The ANC is a party of processes, and we have to respect processes that branches are going to embark on to lead that process. We obviously do not have history of disrespecting the call by structure. We must allow that process to be led by the structures,” said Lamola.

His apparent interest in the position sparked a reaction from Julius Malema, former leader of the ANC Youth League and leader of the EFF, who said Lamola was not ready.

Malema said the minister needs to allow his seniors, such as former minister Malusi Gigaba and transport minister Fikile Mbalula to contest the top positions in the party.

Malema said the ANC had what he called an unwritten rule to allow its older members to contest positions before its younger cohort.

LISTEN | Lamola wants to 'skip the leadership queue' but must wait his turn: Malema

"I think the deputy president must be a younger and more energetic person who is also considered for succession. I am old.”
Politics
4 months ago