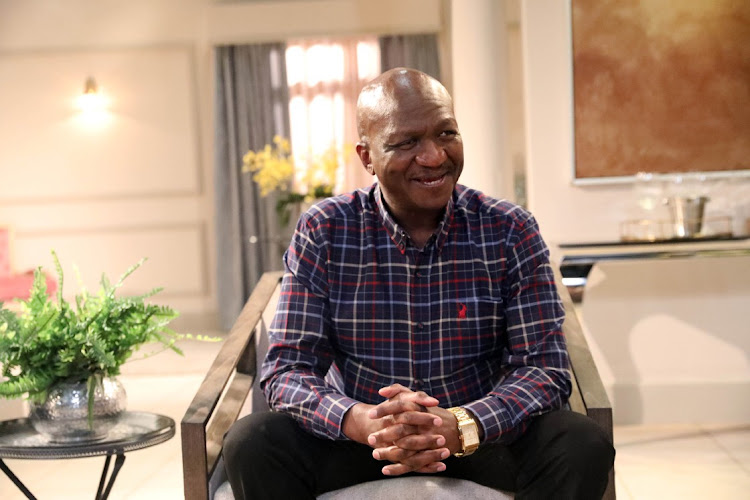 Fana Mokoena believes the end of ANC rule is near.
Image: Veli Nhlapo

Former EFF MP Fana Mokoena has again predicted the fall of the ANC, saying in two years' time the ruling party will be part of a coalition with only rural votes and “no power to do anything”.

The actor, who recently predicted the ANC could elect suspended secretary-general Ace Magashule as its president in its next conference and start the collapse of the party, returned to social media with another prediction of what awaits the ANC after the 2024 general elections.

“In 2024, the ANC will become an ordinary component of a coalition government with rural votes, and have no power to do anything,” he said.

Weighing in again on the ANC's conference, set to be held in December this year, Mokoena said if Ramaphosa is re-elected he will “come under fire and be removed”.

“If, on the other hand, RET is elected, factional crises will be deepened and the ANC will crash.”

He claimed Ramaphosa is on a “mission” to sell state-owned entities such as SAA, Telkom, and Eskom, and when he is done will “disengage from the ANC and allow it, if not assist it, to collapse”.

“That way there will be no structure to call him to account and SA will fall into temporary disarray,” he added.

But it’s a well known fact that the ANC uses state resources to fund their organisation. Hence they started having financial problems once the EFF took their cash cows, JHB and Tshwane from their mouths back in 2016. We knew it would cripple them.

His comments drew mixed reactions. Some agreed with the actor, while others said he should “stay in his lane” and rather focus on the EFF.

Former 'Generations' actor Fana Mokoena has paid tribute to late actor Patrick Shai, saying he was one of his two favourite actors in SA.
TshisaLIVE
5 months ago

Fana Mokoena throws shade at ANC: 'We have different priorities in life'

"I don’t know, but if I had a choice between erecting an expensive stage and paying my employees’ salaries, I would certainly opt to pay salaries and ...
TshisaLIVE
9 months ago

"I've never been a politician because I feel like it's a very different discipline. I'm an actor who's an activist," said Fana Mokoena.
TshisaLIVE
10 months ago