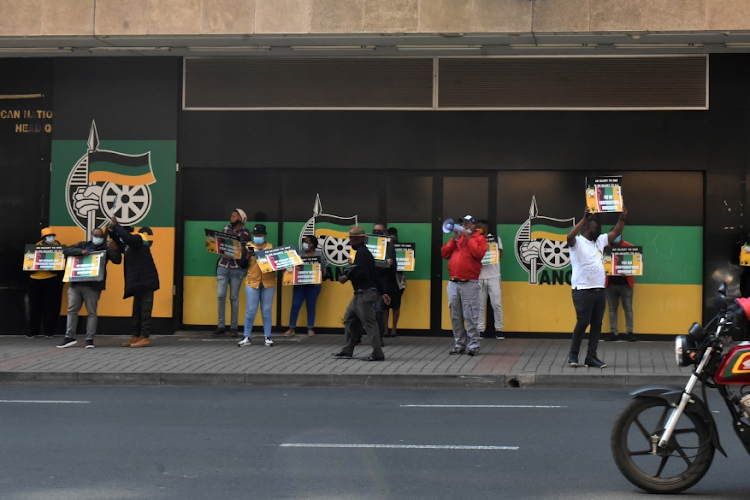 The National Education, Health and Allied Workers’ Union (Nehawu) confirmed on Wednesday it has taken the ANC to the labour court over unpaid salaries to its employees.

This comes as the ruling party continues to face financial woes which have seen it intermittently fail to pay employees during the past two years.

Employees are on a stayaway protest.

Nehawu is in alliance with the ANC through its federation Cosatu, whose president Zingiswa Losi is also a member of the ruling party’s national executive committee (NEC).

“We fully support the struggles waged by our members and staff of the ANC in their fight for improved conditions of service,” said Nehawu general secretary Zola Saphetha.

“These workers are going through a sad and traumatising period as a direct result of failures of the ANC to honour and fulfil its contractual obligations entered into, among others, for the payment of salaries on time, non-contribution/payment to the provident fund, contribution to Unemployment Insurance Fund and, at worst, no salary increment for the past three years.”

This inhuman act by the ANC undermines the dignity of its workers, who kept the same ANC going by sacrificing their lives in favour of the ANC

He said the late payment of salaries had resulted in workers losing homes and cars which had been repossessed for failure to pay instalments.

“This inhuman act by the ANC undermines the dignity of its workers, who kept the ANC going by sacrificing their lives in favour of the ANC. As Nehawu, we consciously took the correct decision to take the ANC to the labour court as papers were filed on January 31 2022.

“In the papers, as submitted by the union for and on behalf of its members and staff in the ANC, we demand that the service tendered by workers must be remunerated immediately.”

Saphetha said the ANC had deliberately failed and elected not to honour its contractual obligations since October 2021, and made workers go through the December festive season without salaries while the party continued with its birthday celebrations on January 8.

“The ANC continued to gear up to the January 2022 celebrations, cutting cakes as if all is well and sorted with its employees.”

Saphetha said the union would not watch its members and ANC employees go unpaid.

In December, the ANC said it would pay its staff the three outstanding monthly salaries they were owed before Christmas.

ANC employees have slammed the party's leadership for blaming new party funding legislation for its non-payment of salaries.
Politics
6 months ago

"The non-payment of salaries has affected staff and their families in a very negative way, especially in this month with the re-opening of schools," ...
Politics
6 months ago

ANC head of organising Nomvula Mokonyane says the party will be prudent as it still owes employees salaries.
Politics
7 months ago