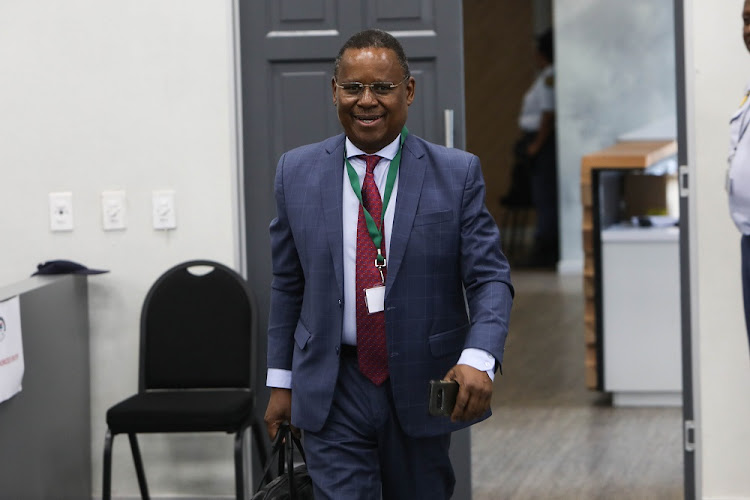 ANC veteran Reverend Frank Chikane says people who campaign against him often accuse him of leaking a suicide note given to him by former president Jacob Zuma’s late wife Kate.

EFF MP Mbuyiseni Ndlozi asked Chikane, who was being interviewed on Tuesday night for the position of inspector-general of intelligence (IGI), whether he had leaked the suicide note to the media.

Ndlozi said the question had to do with Chikane’s reliability with protecting information.

Chikane was the fifth of 10 candidates who will be interviewed for the statutory position. The position is provided for in the constitution. In terms of the Intelligence Services Oversight Act, it is responsible for monitoring intelligence services and is a watchdog that investigates complaints against the spooks.

The incumbent Dr Sethlomamaru Dintwe’s term ends next month. He is in the running for a second term.

There was no leaked document, said Chikane. He said he has been on the record about the matter, having written and held press conferences about it.

He explained the relationship with (Jacob) Zuma and his family, saying the former president had been a family friend who reunited him with his brother who had been in exile for more than 10 years while he (Chikane) was under surveillance.

“So we don’t have an enemy relationship,” said Chikane.

The reality is Mama Kate decided to commit suicide, but called me before she died

“The reality is Mama Kate decided to commit suicide, but called me before she died and I said ‘I’m in a meeting. I will come there during lunch’.

“She said ‘You will find me dead’,” Chikane told stunned MPs.

“I stopped the meeting and went there, and she got a child to pull out the suicide note to give it to me.”

“I said to him, ‘Comrade, why do you let the police investigate [when] this is a suicide case? Let’s give them the letter, I’ve got it and there were witnesses when I got it. So it’s no secret’.”

“Those who want to campaign against you say ‘you leaked a document’,” he said.

“How do you leak a document through an inquest?”

At Kate’s funeral, Chikane did not give details because he could not, he said.

Chikane said despite it being a sensitive and painful matter, there were people who kept bringing it up.

This is a sensitive matter that is so painful, and it gets repeated all over again when you are past it

“This is a sensitive matter that is so painful and it gets repeated all over again when you are past it. But we resuscitate it and it causes pain for the children, even those who were too young to talk about it.

“Ma Kate chose to give me the note and she sent a son to pull it out of the drawer to give it to me. She was not alive by the time she reached the hospital,” he said.

Chikane told MPs that when Zuma’s son (Duduzane) tried to bring up the matter, he told him; “Ask your father because your father knows exactly what happened”.

In May 2020, Duduzane and his father discussed Kate’s passing in the YouTube show Zooming with Zumas.

“She didn’t pass away. She didn’t die. She committed suicide,” Duduzane said in the clip.

“It was late morning. I was minding my own business. One of the staff members came running frantically to get my attention.  I got to your room and obviously you were not there. They brought me to the room and said ‘Brace yourself, something is going on here’.

“When I got into the room and looked to the right, mom was laying on the bed, she was non-responsive, frothing at the mouth. I don’t think people were aware of what was going on.”

Duduzane said he found a note his mother had left in a walk-incloset.

At the time, Chikane tweeted that as a matter of respect for Mantsho Zuma, he had decided not to respond to falsehoods about the suicide note.

“Comrade Jacob Zuma should take responsibility to correct his son because he knows the truth. I hope he has done so, or will still do it.”

The interviews continue on Wednesday.

The position is provided for in the constitution and in terms of the Intelligence Services Oversight Act, and is responsible for monitoring ...
Politics
6 months ago

Mahlodi Muofhe, the former director of the State Security Agency, is suing the inspector-general of Intelligence Dr Sethlomamaru Dintwe for R500,000, ...
News
8 months ago

The former DG in the office of former president Thabo Mbeki, Frank Chikane, is among those shortlisted to head the country's intelligence watchdog.
Politics
8 months ago