Ramaphosa focuses on economic reforms and prioritises Eskom and Transnet

‘Unreliable electricity supply’ and problems at ports highlighted as obstacles 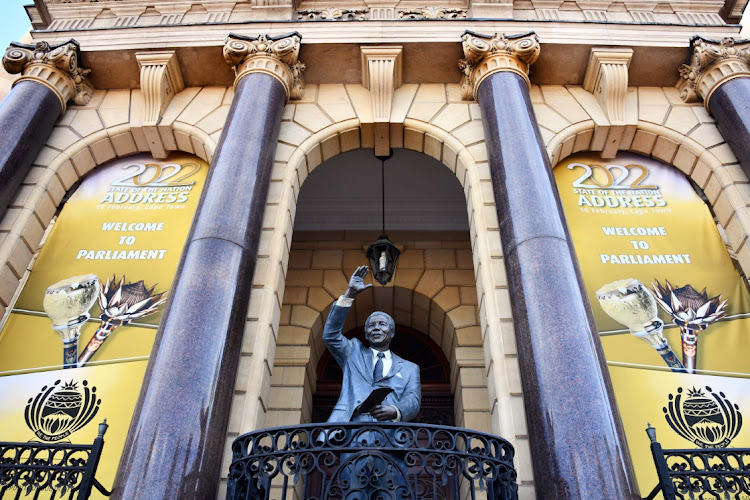 Delivering his state of the nation address in parliament on Thursday night, Ramaphosa said one of his priorities this would be tackling “unreliable electricity supply” by Eskom and the problems at ports run by Transnet, particularly the Durban harbour and Nqura in the Eastern Cape.

Ramaphosa told the joint sitting of the national assembly and the national council of provinces that his cabinet had on Wednesday approved proposed changes to the Electricity Regulation Act for public comment.

He said the proposed amendments were aiming at improving competition in the electricity supply and generation sectors as Eskom was struggling to cope with rising demand.

Ramaphosa made the announcement as Eskom continues to plunge the country into darkness through unplanned power cuts.

“To regulate all these reforms, cabinet yesterday approved amendments to the Electricity Regulation Act for public comment. These far-reaching amendments will enable a competitive market for electricity generation and the establishment of an independent state-owned transmission company,” said Ramaphosa.

President Cyril Ramaphosa says he will soon announce changes to the leadership of security agencies in response to the report on the July unrest.
Politics
3 months ago

Turning to Transnet, which is largely responsible for moving exported and imported goods from coastal ports to industries inland, Ramaphosa said the state-owned logistics group would rope in private partners to beef up its capacity in the Eastern Cape and KwaZulu-Natal.

Ramaphosa said the performance of Transnet had declined in the past few years and this has adversely affected the profitability of critical sectors of the economy.

“The agricultural sector, for example, relies heavily on efficient, well-run ports to export their produce to overseas markets. Fresh produce cannot wait for days and weeks stuck in a terminal. This hurts businesses and compromises our country’s reputation as an exporter of quality fresh produce.

“Transnet is addressing these challenges and is focused on improving operational efficiencies at the ports through procuring additional equipment and implementing new systems to reduce congestion.

“Transnet will ask for proposals from private partners for the Durban and Ngqura container terminals within the next few months which will enable partnerships to be in place at both terminals by October 2022.”

Ramaphosa said his administration would focus more on fixing the country’s broken commuter rail network managed by the Passenger Rail Association of SA.

“The poor state of passenger rail in SA has a direct and detrimental impact on the lives of our people. We are therefore working hard to rehabilitate the passenger rail network in 10 priority corridors.”

President Cyril Ramaphosa on Thursday announced the government’s intentions to end the national state of disaster.
Politics
3 months ago

Relief as R350 Covid-19 distress grant extended for another year

“Mindful of the proven benefits of the grant, we will extend the R350 SRD grant for one further year to the end of March 2023,” said President Cyril ...
Politics
3 months ago

The Citrus Growers Association has called for President Cyril Ramaphosa to provide an update in his state of the nation address on government's ...
News
3 months ago