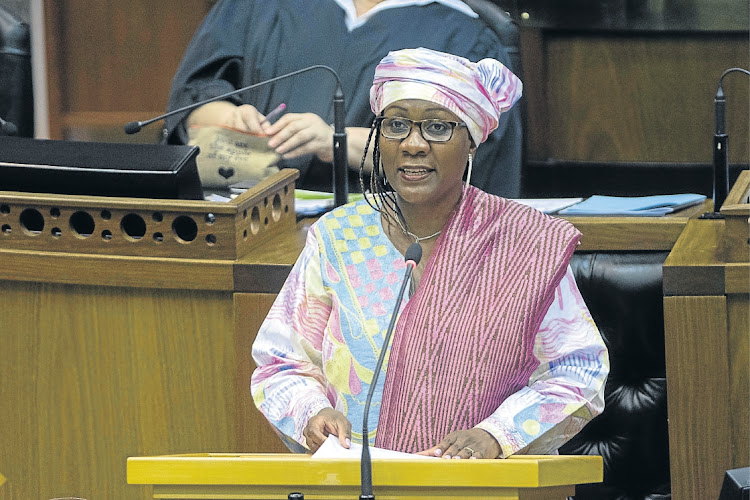 Thembisile Majola has been appointed as the new head of the State Security Agency. File picture.
Image: Trevor Samson

The State Security Agency finally has a new permanent boss, after former deputy energy minister Thembisile Majola was appointed to the post on Monday night.

Majola's stint as the director-general of the SSA kicks in on Tuesday March 1. It is a year-contract.

In a statement, Ramaphosa said: “The appointment of Majola is an important part of our work to stabilise the country’s intelligence services. Her extensive experience in government, international relations and security makes her well placed to lead the reform and rebuilding of the State Security Agency.

“Her appointment is expected to give greater impetus to the implementation of the report of the SSA High Level Review Panel and the recommendations of the Expert Panel into the July 2021 unrest.”

Majola is the first permanent DG of the agency since Arthur Fraser left in 2018. The position has been held in an acting capacity by Loyiso Jafta and Gab Msimanga in that period.

According to the presidency, Majola was not only former deputy energy minister but was also SA's ambassador to Senegal, Mauritania, Cape Verde, Gambia and Guinea Bissau.

“She has held several positions in the presidency and was a deputy co-ordinator in the National Intelligence Co-ordinating Committee (NICOC). She was the observer on behalf of President Cyril Ramaphosa to the trilateral negotiations on the Grand Renaissance Dam during SA’s tenure as chair of the AU in 2020,” the statement read.

The presidency said her appointment came after assurances from Ramaphosa in his state of the nation address that he would fill critical vacancies in the country’s security services.

SA has not been informed of its citizens requiring evacuation from either Russia or Ukraine, defence and military veterans minister Thandi Modise ...
Politics
5 months ago

‘No-one can claim they didn’t know things would boil over,’ says minister Dlodlo on July unrest

The former minister said SSA, police and other structures met regularly to discuss issues around national security.
News
5 months ago