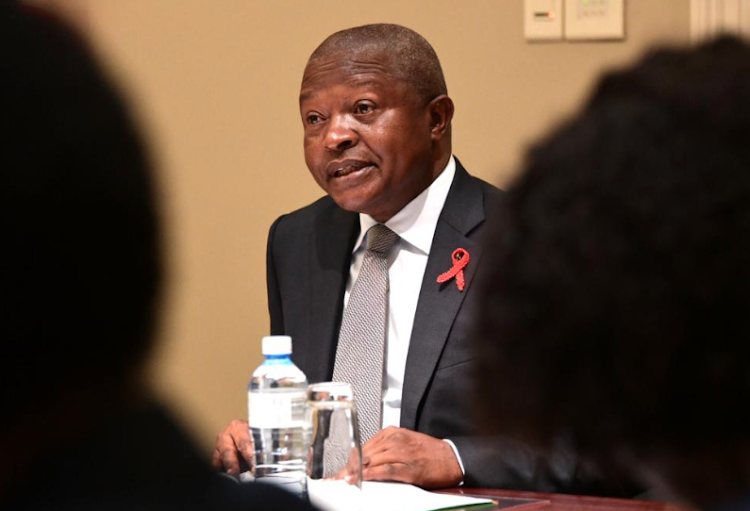 Deputy President David Mabuza has weighed in on the growing concerns around the violent altercations between some South Africans and undocumented foreigners.

“Our immigration system is grappling with the implementation of stringent measures to deal with the influx of undocumented foreign nationals into our country, who ultimately compete with our citizens for limited resources to survive.

“This competition often leads to tensions in many communities, which then manifests in different forms of campaigns and actions that in the main have negative undertones,” said Mabuza.

The deputy president was answering questions from MPs at the National Council of Provinces on various matters including what the government was doing to address the influx of foreigners into the country.

Tensions in some communities have been high since the beginning of Operation Dudula, which started in Soweto last year and has since morphed and spread to inner Johannesburg and Hillbrow. The movement aims to root our illegal or undocumented foreign nationals, particularly those setting up shops and engaging in criminal acts.

Labour minister Thulas Nxesi on Saturday said the government will not allow South Africans to treat foreign nationals like animals because they too ...
Politics
3 months ago

Mabuza said the government was mindful of the legitimate concerns made by South Africans who feel that there is not sufficient action by law-enforcement agencies to deal with undocumented foreigners.

“This is why we have now established a border management agency to attend to existing porous borders and ensure that we improve the situation.”

Mabuza said the department of home affairs had a legal mandate to deal with concerns relating to undocumented foreign nationals and that “is why we discourage any anti-foreigner sentiment and the destruction of property associated with this protest and related activities”.

“This includes protests and marches that engender violence directed at foreign-owned businesses and undocumented foreign workers. While the concerns raised may be legitimate, they must be raised and attended to within the scope of the law.

‘We call for calm and restrain and adherence to lawful means from all parties who are involved in the confrontation. We are a country whose constitution is hailed as a progressive tool that is in our hands in terms of its content but more especially, in the promotion and protection of human rights of all people who live in this country without defining their nationality.”

'They must go to school and get skills, not harass foreigners' — Snuki Zikalala slams 'dangerous' Operation Dudula

"The majority of our youth are unemployed. I think Operation Dudula is a very dangerous movement because they saw a gap in that, they started hyping ...
Politics
3 months ago

He said the government was concerned about the recent increase in criminal activity involving foreigners, especially in Gauteng’s Rosettenville area.

“Minister of police (Bheki Cele) has advised that members of the public order policing unit have been deployed to Alexandra township to help with anti-crime operations and to contain the further spread of attacks on foreign-owned businesses.”

“Just refer to the country's constitution instead of looking for political relevance,” Herman Mashaba told Mmusi Maimane.
Politics
3 months ago

The challenge is that they return the following day because of our porous borders, said Mabuza.

“There are foreign nationals who are in the country legitimately with work permits and who bring certain skills that we don’t have in the country. We think the border management agency will be able to help us stabilise the movement of a lot of people and ensure that we limit the crime that is happening within our borders,” he said.

The DA’s Sonja Boshoff told Mabuza that xenophobia has broken out several times in SA and some political parties and nationalist groups were “feeding the flames”, particularly in Gauteng.

“At the heart of the issue is a dysfunctional, corrupt and broken home affairs department, presided over by minister Aaron Motsoaledi.”

Mabuza said: “Let’s focus on the problem and not the person. From where we are sitting minister Mostoaledi is doing the best that he can. The implementation of the border management came under his leadership and he is implementing it.”

Scores of community members from Ekurhuleni, east of Johannesburg,  gathered in Daveyton on Saturday ahead of Operation Dudula demonstrations. Some ...
News
3 months ago

EDITORIAL | Politicians flirting with xenophobia are playing a deadly game