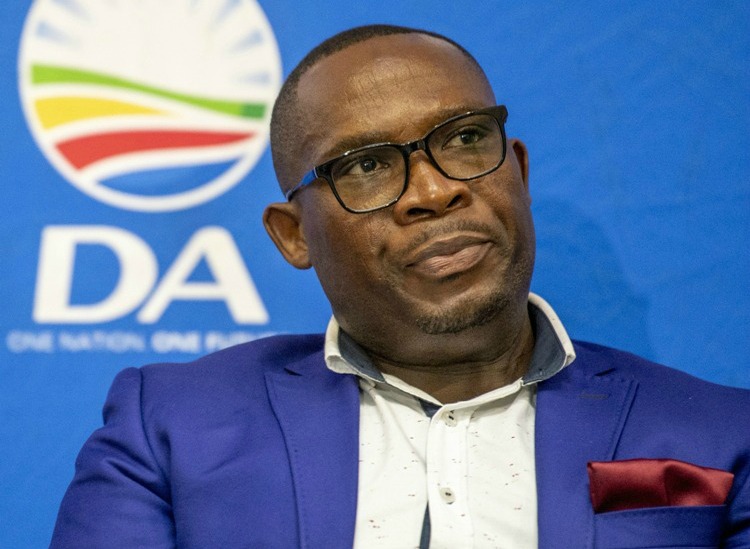 Bonginkosi Madikizela had to settle for a salary less than R1.75m when landing a role as a special adviser to Western Cape premier Alan Winde. File photo.
Image: Gallo Images/Netwerk24/Jaco Marais

Former DA Western Cape leader Bonginkosi Madikizela has lost out on a R2m government salary, after the department of public service & administration declined an application for him to be paid that amount.

Madikizela made a dramatic political comeback after it came to light earlier this year that he had scored a top job as adviser to Western Cape premier Alan Winde. This was just months after his fall from grace after he was forced to resign as both DA leader and transport MEC for misstating his qualifications.

In a reply to a parliamentary question by Good MP Brett Herron, the department confirmed that Winde had written to the department asking that he be paid a top salary as an adviser. But the department declined the request.

“The minister for the public service and administration [Ayanda Dodlo] received a request for approval of compensation level 4 on the appointment of Mr Madikizela as special adviser for the premier of the Western Cape,” said Dlodlo in a reply.

Western Cape DA leader Bonginkosi Madikizela has resigned as provincial party leader after a scandal over his qualifications a fortnight ago.
Politics
1 year ago

She said upon assessment of the request from Winde, her department had only approved compensation level 3 for Madikizela.

She said Madikizela met the requirements for compensation level 3, which require an individual to have recognition as a competent expert at national and to some degree, international level.

The complexity of an individual's advice at this level is considered as comparable to that given by a deputy director-general in the public service.

Compensation level 4 requires an individual to have recognition as a competent expert at national and international level; have high-level or scarce skills and the complexity of their advice must be at a level of a director-general.

Public service and administration minister Ayanda Dlodlo is due to leave her cabinet post as early as next week to take up a new job at the World ...
Politics
4 months ago

“Based on the above, an assessment of Mr Madikizela’s CV indicated that he enjoys a sufficient degree of recognition as a competent expert at national and international level to justify the awarding of compensation level 3.

“The dispensation does not specify the level of skills that a special adviser should possess except in instances where compensation level 4 is to be awarded,” said Dlodlo.

She said it should also be noted that skills required for the job do not only relate to formal educational qualifications but they include skills and competencies gained through other means such as work experience.

“Based on his CV, Mr Madikizela is highly experienced at political and executive levels. The dispensation does not specify that a special adviser must possess any specific educational or professional qualifications for the awarding of any of the compensation levels.

“According to the CV submitted by the premier, Mr Madikizela is in possession of matric obtained in 1996.”

'Disappointed but not surprised'- reactions pour in after Bonginkosi Madikizela's resignation

Madikizela also stepped down as an ordinary DA member of the provincial legislature but would stay on as a card-carrying party member.
Politics
1 year ago

Ordinarily, Western Cape transport MEC Bonginkosi Madikizela would have walked off alone with the coveted mampara title for admitting that he lied ...
Opinion & Analysis
1 year ago