Has the EFF abandoned the youth? Malema says no 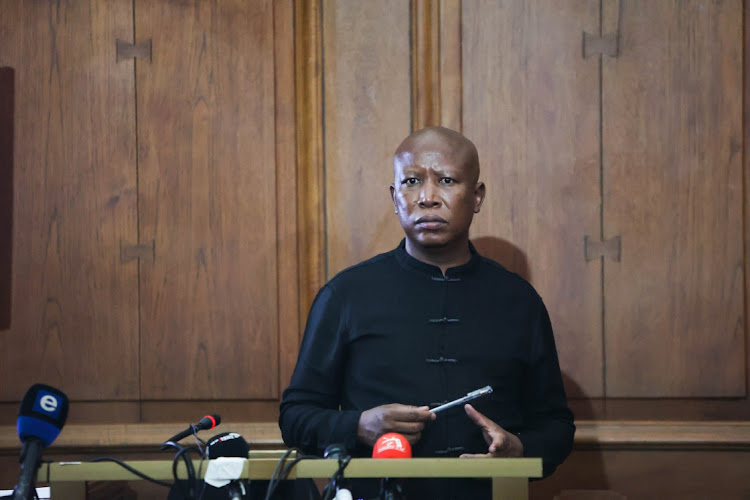 EFF leader Julius Malema has responded to claims the party has abandoned young people and no longer cares about South Africans, saying anyone who believes young people no longer support the EFF are “daydreaming”.

Rising youth unemployment and Operation Dudula protests in communities have led to some claiming the EFF has not stood up for young people and does not have the interests of South Africans at heart.

“The young people of SA know Julius Malema cares for them, and the EFF cares for them. If you look at all the universities which have held elections, the EFF has made a clean sweep because it is the home of young people”.

He said anyone who argues the youth no longer sees the EFF as their home is “daydreaming”.

“We are an organisation inspired by the suffering and struggles of young people, particularly African young people. We will fight unemployment. We are the only hope of the hopeless masses, daily involved in resolving their problems”.

“I don’t have time for small boys and I don’t want to waste my time on such useless people. Where would I be getting such powers to do that?” he told Motsweding FM.

He also took aim at those using his name for clout.

“My name is not a playground. When everyone in this country has their own issues, they say it is Malema. If they are crazy, then they must practice their craziness somewhere else. They must not come to me,” he said.

Fana Mokoena says ‘SA is on the verge of joining failed states’, calls for united Africa

"It is important South Africans are the first to buy into the vision of a united Africa with one currency and one passport. Our country is on the ...
News
4 months ago

'"Everybody hates Malema," said the EFF leader.
Politics
4 months ago

Has 'Lux' and Operation Dudula split your community?
News
4 months ago

‘I don’t have time for small boys’: Malema denies being behind the arrest of Nhlanhla ‘Lux’ Dlamini

"I don’t have time for small boys and I don’t want to waste my time on such useless people," Malema said about Operation Dudula leader Nhlanhla "Lux" ...
News
4 months ago