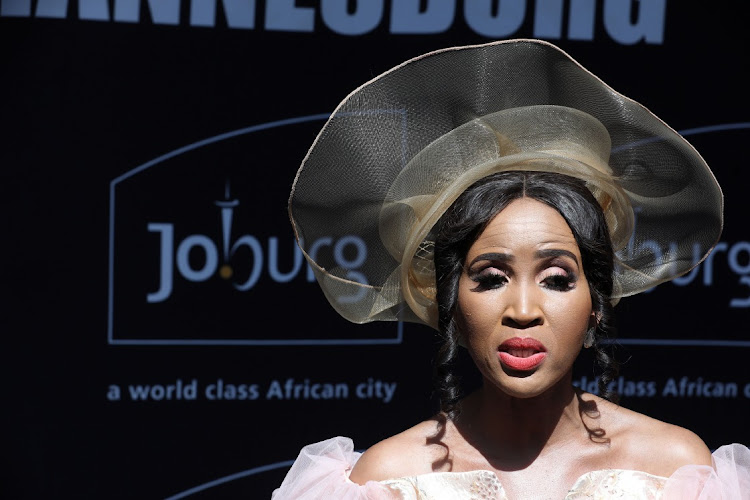 Building a city of golden opportunities and the provision of basic services to Johannesburg’s 5-million residents was the crux of mayor Mpho Phalatse’s maiden state of the city address on Thursday.

Among other priorities, the DA-aligned executive mayor vowed to stabilise electricity supply amid rolling blackouts.

To achieve this, Phalatse said the DA-led coalition would be hosting an Energy Indaba next month, “a move which will see us introducing an energy mix, partnering with independent power producers and small-scale energy generators, reducing our reliance on Eskom and ending these rolling blackouts”.

She also promised to ensure that every household including those in informal settlements receive waste removal services. The city would purchase new compactors, street sweepers and other specialised vehicles, “getting more done in less time”.

Supply of clean running water, provision of housing, fixing of roads and other infrastructure, as well as improving the city’s financial position, were other priorities Phalatse said would be prioritised under her tenure.

The DA governs the city with the assistance of several parties including ActionSA, IFP, ACDP and FF+, COPE, UIM, and ATM

Several council meetings under during her tenure have often been disrupted and in some instances became violent.

Phalatse acknowledged it had not been a walk in the park.

“The last few months have not been easy, but they have been made easier knowing that I have a team, and that Johannesburg has a team that fully understands the issues facing the city and its residents, and works daily to solve those issues.”

Building a city of golden opportunities would cost money and despite a constrained economic environment, Phalastse said the multiparty government was still obligated by law to deliver services.

To do this, they would embark on an investor roadshow to raise funds and attract much-needed investment, she said.

The city’s debtors were important stakeholders in ensuring that the city is run efficiently. Phalatse said the city had enhanced its revenue collection programme through Operation Buya Mthetho which has seen the city exceeding its target of collecting R4bn monthly.

“Residents, businesses, and government departments have been responsive to the Buya Mthetho campaign and have started to come forward to pay their outstanding municipal bills. We have seen an uptick in payments since January 2022; and we are currently exceeding our target of collecting R4bn every month.

“Delinquent ratepayers who simply do not pay, despite having the means, and who ignore pre-termination notices from the city, will have their services cut off. Our revenue team conducts up to 1,000 disconnections daily,” she said.

Building something great, and something that will last forever, requires us to all consistently play our part towards fulfilling our vision of building a city of golden opportunities

Achieving clean audit outcomes is at the forefront of Phalatse’s administration after her predecessor failed to do so in the 2020/21 financial year.

“Not even one of Joburg’s entities received a clean audit or an unqualified audit opinion. A whopping R3bn was spent irregularly, meaning a violation of policies and/or legal prescripts, during the same period.

"I know it takes time to clean house, but we must move with haste and precision to get the entities functioning within the ambit of the existing legal framework.”

The administration’s ability to deliver services is directly linked to how well the city’s entities are run. For this reason, Phalatse said they ought to establish good governance as the gold standard.

“Building something great, and something that will last forever, requires us to all consistently play our part towards fulfilling our vision of building a city of golden opportunities.”

Phalatse's address is expected to be debated in the council chambers on Friday.

The tough task of getting power back to Eldorado Park

Efforts to restore power to the greater Eldorado Park area after the local substation blew up and caught fire on Good Friday are finally succeeding ...
News
1 month ago

The labour court in Johannesburg will on Wednesday hear a case brought by 130 employees of the City of Johannesburg who are fighting to keep their ...
News
1 month ago

Get basics right first: Joburg mayor on coalitions and corruption

In a Q&A, Mpho Phalatse talks about her plans to fight graft and run an effective multiparty government
Opinion & Analysis
1 month ago

'Without the budget there can be no government. Ultimately it is the people who suffer.'
Politics
2 months ago