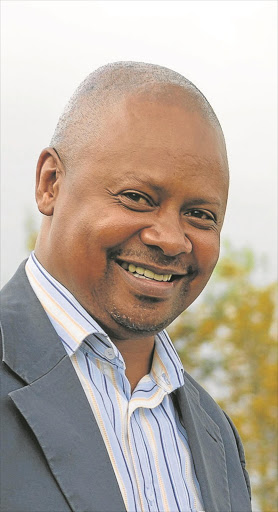 Former ANCYL president Mlungisi 'Lulu' Johnson has thrown his weight behind home affairs minister Dr Aaron Motsoaledi who has called for the flushing out of all undocumented foreign nationals in the country and emphasised that the late former treasurer general of the league, Thabo Masebe, would have done the same.

Johnson was speaking at Masebe's memorial service which was organised by the governing party in Kempton Park, East Rand, on Thursday.

He said he had no doubt that Masebe would have backed Motsoaledi’s mission to deal with illegal immigrants, saying this would have been the right thing to do.

Motsoaledi has been brazen about his mission to rid the country of illegal foreigners, saying they should be arrested and deported.

Johnson said Masebe, who was a principled, disciplined and seasoned cadre of the ANC, died before he could also join the fight against illegal immigrants.

“We were still to hear from you (Masebe) on joining Dr Aaron Motsoaledi in calling for law and order by flushing out all illegal immigrants hailing from anywhere in the world,” said Johnson. “SA can never be reduced to a banana republic where anyone can come as they wish without any proper documentation allowing him or her to reside in our land.

Thabo Masebe, the acting director-general in the office of the Gauteng premier, has died, his family announced on Monday evening.
News
1 month ago

“Equally, drug-peddling [by foreigners] must be nipped in the bud with no bail expected. Those perpetrators must be locked up and keys thrown into the sea,” he went on. “Should any SA police members be found to be collaborating with these criminals, they equally must denied any bail and stiff sentences must be meted out. That shall be the beginning of law and order in our motherland, something we fought so hard for.”

Johnson praised Masebe, labelling him as a rare breed of ANC comrade who remained true to  the party's mission and strategic objectives.

Yours was a 40-year unbroken and loyal service to our ANC and our people. You were well taught my comrade. You were militant but guided.

Masebe, said Johnson, had sacrificed his family time to serve the people of SA.

“You never ran away from the ANC, either to form another party or join those who shout revolutionary-sounding slogans the most. Some are indicating to the left while turning right,” said Johnson.

“Yours was a 40-year unbroken and loyal service to our ANC and our people. You were well taught my comrade. You were militant but guided. You were disciplined and handled the monies of the ANC Youth League well and you were indeed very particular with the detail.

“You wrote well. You never stole from the government or from anyone in society.”

He was the acting director-general of Gauteng. Before this, he was the spokesperson to former deputy president Kgalema Motlanthe.

In a statement issued on Monday, Makhura said: “Masebe was a meticulous public servant with a wealth of knowledge. He was dependable and executed his duties with diligence, precision and competence.

“The Gauteng government is poorer without Masebe. We are grateful to the Masebe family for allowing him to share his selfless spirit of activism with us and for the outstanding contribution in bettering the lives of the people of Gauteng,” Makhura concluded.

Home affairs minister Aaron Motsoaledi has dismissed suggestions that he has "outsourced" assistance for his department to Nhlanhla Lux Dlamini, the ...
Politics
1 month ago

Operation Dudula has long held that it is neither a xenophobic nor a violent movement and that it is being misrepresented by the media and certain ...
News
4 weeks ago