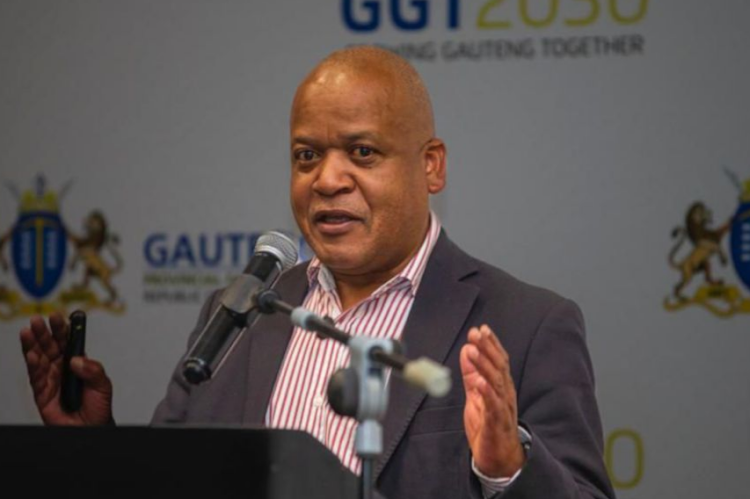 The late acting director-general in the Gauteng premier's office, Thabo Masebe, was hailed as one of the pioneers of SA democracy during his funeral service on Saturday.

Masebe, 57, who died this week, was one of the young people who heeded the call by then-ANC president Oliver Tambo in July 1985 to render the apartheid government “unworkable” and SA “ungovernable”.

Former president Kgalema Motlanthe, for whom Masebe was spokesperson, said he was a product and a creator of history.

“He distinguished himself in the role that he played, first as a student and a youth activist in the turbulent 1980s and early 1990s. Comrade Thabo and his generation of youth activists were privileged to have waged relentless struggle against apartheid,” Motlanthe told mourners in a tribute delivered on behalf of the ANC.

“Comrade Thabo, incorruptible in thoughts and deeds, believed with every fibre of his being that the ANC represented the people’s greatest hope.

“Unassuming in his demeanour and consideration for others, Comrade Thabo was appreciated by all for his intellect, hard work, uprightness. He was a straight shooter, he radiated warmth and confidence. These qualities, together with his politeness and the patience to listen to other people, perhaps contributed the most in making him one of the most accomplished political communicators in the democratic era.”

He was described by his sister, actress Florence Masebe, as a family man who was always available and always sought a reason to have family gatherings.

Florence recollected how she always relied on her brother showing up for her. She recalled lying in a pool of blood after being shot in 1999 where she told those assisting her that after calling for an ambulance they must immediately call her brother.

“And he showed up, and he made me believe that I can get better and that whether they find those people or not, the important thing is for me to live,” she said.

She recalled how her brother was so proud of her he called into the Radio 702 studios recently when she had an interview about her work on the Mzansi Magic show The Republic.

“They are taking calls, guess who calls the radio station? Thabo Masebe. Because his sister is on the radio. Everything I did excited him to the last minute. And he called through and started telling anecdotes about how he would be at big events and the late president [Nelson] Mandela would come through and say, 'Thabo come over here'.

“And that was his favourite story about me. He’d say, 'ja, so I would feel so proud that Mandela was calling me and then when I get there he says 'how are you? Where is Florence? How is she doing?'

“He didn’t mind though, he was my brother, my hero, he was my best friend. He’s the kind of guy that would’ve killed the bull for me.”

In his short but impactful life, he was a gift to journalism, government communications, the ANC, SA and his family
Opinion & Analysis
3 weeks ago

For as long as what he stood for still lives, Thabo Masebe is still alive

It is very difficult to speak of Thabo in the past tense. Thabo is alive – as long as what he stood for is alive, he is alive and with us. He is ...
Ideas
3 weeks ago

Thabo Masebe, the acting director-general in the office of the Gauteng premier, has died, his family announced on Monday evening.
News
4 weeks ago