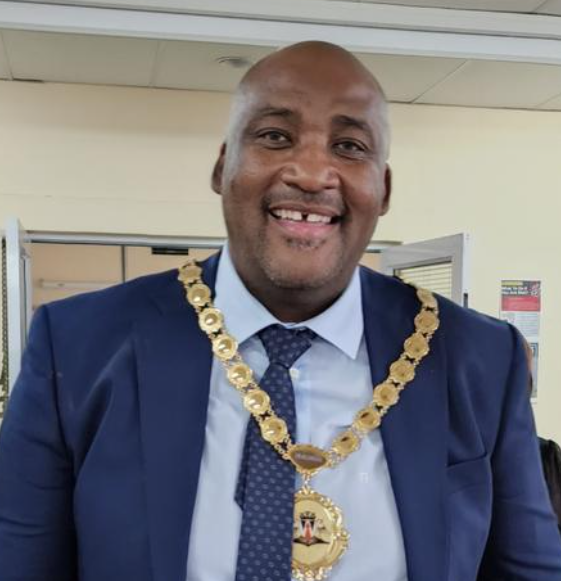 “What we’ve been hearing, which one can’t confirm yet, is literally not democracy in action. It’s political thuggery in action. The sad thing is, monitoring since [McKenzie] has become district mayor, I don’t think the PA leader has a concept of what local government is,” said Simmers.

Responding to the claims, McKenzie said the DA referred to him as a “thug” when he works with the ANC.

McKenzie was elected unopposed and told residents his services would not cost them or the municipality.

“I will donate 100% of my salary. I don’t want mayoral cars. They should be sold and ambulances bought. I came with my own bodyguards, paid by me. The police should do police work. I will not claim a cent for petrol or flights. The taxpayer looked after me in jail. I am free now,” he tweeted earlier this month.

Kunene said McKenzie is not a politician but a community activist and businessman.

“He’s not doing that as a political stunt. He’s doing it out of the understanding the district is financially in distress. He is there to help to get it out of that distress,” said Kunene.

'It’s not a political stunt': Kenny Kunene on Gayton McKenzie pledging to work for free as mayor

"He's doing it out of the understanding that the district is financially in distress. He is there to help to get it out of that distress," said ...
Politics
1 month ago

Newly elected mayor of the Central Karoo district Gayton McKenzie has pledged 100% of his salary towards fixing the municipality.
Politics
1 month ago

Should other politicians also donate their salaries?
News
1 month ago