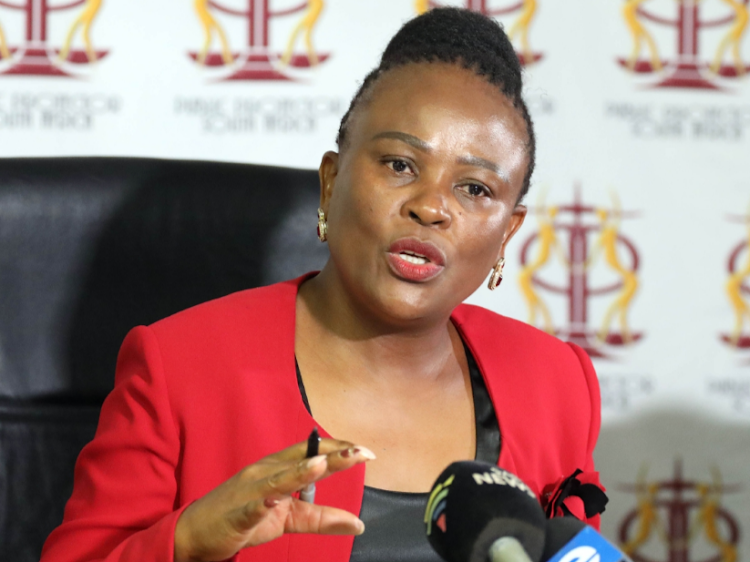 An anonymous text message to one of the lawyers was the cause of a last-minute postponement to the court case by public protector Busisiwe Mkhwebane to interdict parliament’s impeachment process and her possible suspension, TimesLIVE has reliably learnt.

The hearing was supposed to run over Tuesday and Wednesday in the Western Cape High Court. After an hour’s wait, Mkhwebane’s counsel Dali Mpofu told the court the parties had agreed to postpone to “seek clarity” over “an unfortunate development” related to Mkhwebane’s application to the Constitutional Court to rescind, or reverse, its judgment that paved the way for parliament to proceed with an impeachment process against her.

Two independent sources have confirmed that the “unfortunate development” was a text message, sent to counsel for the speaker of parliament, Andrew Breitenbach. The message said the sender had it on good authority that the Constitutional Court would soon, within the week, be refusing to entertain Mkhwebane’s application to rescind its impeachment judgment.

Courts’ intended orders are normally confidential until the moment they are delivered. Breitenbach then disclosed the message to the Western Cape High Court judges and counsel for the other parties.

In response to a request for comment, Breitenbach said the bar’s ethical rules did not allow him to comment.

Public protector Busisiwe Mkhwebane's urgent high court case to interdict her possible suspension and halt an impeachment process against her in ...
Politics
2 weeks ago

Mkhwebane had in March applied to the ConCourt to rescind its February judgment on parliament’s impeachment rules, saying it contains patent errors. But the apex court is yet to give directions or judgment in the application.

In the meantime, Mkhwebane went to the high court in Cape Town asking for an interim interdict to prevent parliament from pressing ahead until the ConCourt decided. She also wants the high court to order that Ramaphosa may not suspend her.

The case has been postponed until May 18 and 19.

President Cyril Ramaphosa has in court papers insisted that he was told by Parliament that impeachment proceedings against public protector Busisiwe ...
News
3 weeks ago

Mkhwebane’s investigation doesn’t stop me from suspending her, says Ramaphosa

The president, speaker, DA and public protector are all back in the high court over Mkhwebane’s impeachment — but this time her possible suspension ...
News
4 weeks ago