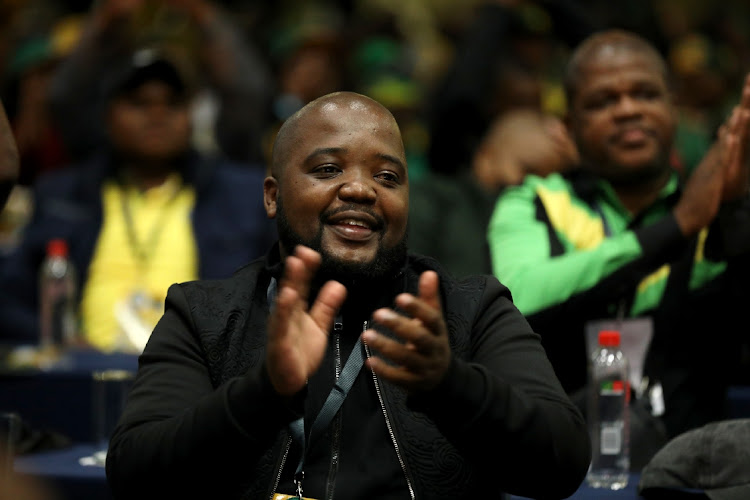 “It’s not about him — it’s about the ANC,” regional spokesperson Mlondi Mkhize said.

In a letter written by Sabelo on Wednesday addressed to provincial secretary Mdumiseni Ntuli, he decried finding out via a media statement released by the newly elected REC that he had been relieved of his duties.

“I have since learnt through a media statement by the newly elected regional leadership that in its first REC meeting, I have been recalled from the responsibility of being whip of exco and the responsibility has been assigned to the new deputy secretary of the ANC in the region,” he said.

ANC eThekwini deputy secretary Nkosenhle Madlala was on the slate that won at the conference three weeks ago while Sabelo contested the same position on another slate but lost.

The ANC in eThekwini wants two positions in the provincial officials list of five to be from the region when the province elects leaders this year.
Politics
2 weeks ago

However, spokesperson for the region Mlondi Mkhize said this move was not malicious.

“The decision was taken in order to align political work with government work. The ANC as a governing party sends leaders to government structures, including those who don’t lead in the party.

“However there are positions that are given to elected leaders for co-ordination of the work of government and the ANC,” he explained.

He added that being whip of the executive committee is not financially remunerated but is just a responsibility.

Mkhize said the responsibility of the whip of the executive committee, now given to Madlala as he is an elected leader in the ANC, will bring synergy to the work of the REC and the eThekwini municipality, which the ANC governs.

“At a political level we wanted to make sure that those with due authority are the ones responsible for this function. Madlala has the correct authority because as deputy secretary he will be able to guide the exco and account to the REC,” Mkhize explained.

Sabelo held the post for four months after the 2021 local government elections. He remains head of the economic development and planning portfolio committee for eThekwini municipality.

History repeated itself in eThekwini on Sunday when the ANC region reelected Zandile Gumede as their leader, but this time she comes with baggage and ...
Politics
1 month ago

In his letter to Ntuli he emphasised he was assigned by the ANC and therefore was seeking clarity on his removal and when he should tender his resignation from the position.

“I understand that the matter has been finalised by the deployment committee as it would have not found itself in the organisation’s statement if it was not finalised.

“I wish to state that I am a loyal member of the organisation and do not intend to go against any wishes of my organisation. It is therefore important for me to get a clear directive as to what is expected of me so I do not appear as defying my organisation,” Sabelo said.

TimesLIVE was unable to reach Ntuli, however Sabelo confirmed the letter was written by him.

He asked Ntuli for guidance on the necessary steps that he should follow. “If he wrote a letter to Mdumiseni there is no problem but we hope next time he will write to the REC because to undermine the REC as if it doesn't exist is a problem. He should have written to us organisationally.”

President Cyril Ramaphosa and his allies have called for the ANC to rule that criminally charged party members should not be eligible to stand for ...
Politics
1 month ago

Asked why Sabelo was not notified of the developments before a public announcement by the REC leadership, Mkhize said: “At the time we communicated with the public was before we would have met him. Whether we had asked him personally before the media briefing would have not mattered because you can see he is still trapped in things of the past.”

Mkhize added: “This is a problem with people who are drama queens, he expects that the organisation would have called him. We had expected that he was not going to be posting on Facebook to prove a point that he is still a whip. We were going to call him in due time that this is the decision.”

Mkhize said Sabelo should have rather approached the REC of eThekwini instead of taking the matter to the province.

ANC president Cyril Ramaphosa and his allies have won the fight to have criminally charged party members barred from contesting for any leadership ...
Politics
2 weeks ago

ANC Gauteng provincial secretary Jacob Khawe has been granted special leave by the provincial executive committee to afford him time to deal with ...
Politics
2 weeks ago

The ANC had a chance to fix land issues but squandered freedom, says advocate Thembeka Ngcukaitobi

The ANC-led government had an opportunity after 1994 to address land reform but a number of factors, including corruption and failure to speed up ...
News
2 weeks ago