Chief justice Raymond Zondo recommends criminal investigations against Zwane, Koko and Singh and the 2014 Eskom board 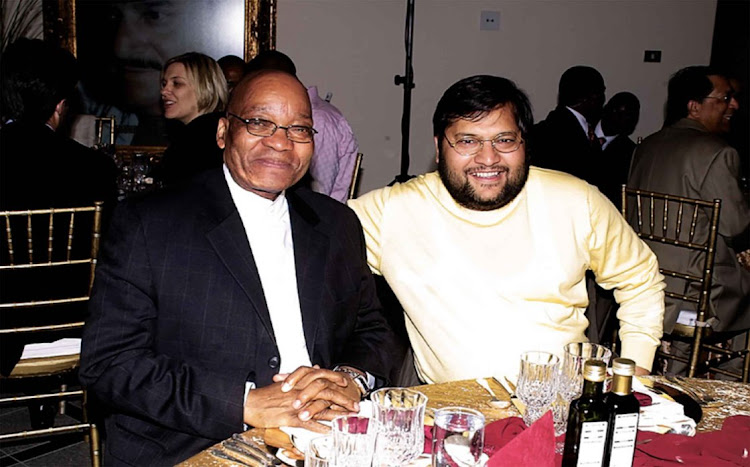 Chief justice Raymond Zondo, who sat through three years of testimony on how callous politicians and their cronies captured state-owned entities, including Eskom, tore into former president Jacob Zuma and the ANC in the fourth instalment of the commission's report.

He did not mince his words when it came to Zuma's nine years in power: “Central to the Guptas’ scheme of state capture was President Zuma, who the Guptas must have identified at a very early stage as somebody whose character was such that they could use him against the people of SA, his own country and his own government to advance their own business interests — and President Zuma readily opened the doors for the Guptas to go into the SOEs and help themselves to the money and assets of the people of SA.”

Overall, the ANC should be ashamed of itself for allowing Zuma and the Gupta family to take control of what should be our greatest assets, added Zondo. The former president would have done “anything that the Guptas wanted him to do for them”, says part 4 of the state capture inquiry's report, which runs to more than 1,000 pages.

“South Africans thought that the ANC government was in control of Eskom but it was not. It had relinquished the control to the Guptas and those people the Guptas wanted. The ANC and the ANC government should be ashamed that this happened under their watch,” Zondo said in the document released on Friday.

“The question that the people of SA are entitled to ask is: where was the ANC as the Guptas took control of important SOEs such as Transnet, Eskom and Denel? Where were they? What were they doing? Were they aware of everything but lacked the courage to stop President Zuma and his friends, the Guptas, in what they were doing? Were they looking the other way?”

This instalment of Zondo's report deals with the capture of Eskom, the National Treasury, and schemes by the Free State provincial government to clean out its coffers through a R1.3bn housing scheme and an asbestos roof project meant to improve the lives of citizens. Instead they improved the lives of politicians and business people who took the money for themselves.

Zondo lashed out at Zwane, who also had a finger in the Free State pies as human settlements MEC, describing him as a “Gupta minister” who was brazen, incompetent and a bad leader and whom the National Prosecuting Authority should investigate for fraud.

“His performance was abysmal ... He exhibited no shame or embarrassment in presenting himself to the commission as a person ignorant of the basic responsibilities as an MEC.”

Zondo did not have a good word either for former Free State premier Ace Magashule — now facing fraud and corruption charges in court over the R255m asbestos tender — and again hit out at the ANC for allowing Magashule and Zwane to stay in their jobs.

When the Free State provincial government realised it was at risk of losing R1.3bn allocated to build thousands of low-cost houses in 2010, officials ...
Politics
2 weeks ago

“The only organisation that would have been able to remove Mr Magashule as premier on the grounds that he failed to show leadership as premier and to monitor and supervise effectively the performance of Mr Zwane, would have been the ANC, which was responsible for his election.”

Gordhan and his deputy, Jonas, were fired by Zuma based on a fake intelligence report, said Zondo, who described their sacking as a pretext to get them out of the way so the capture of the Treasury would continue unhindered.

“The Guptas were very determined to capture the National Treasury before President Zuma’s second term of office expired. There was no time to waste. They knew, too, that he was not going to stand for the position of the president of the ANC in the ANC’s elective conference in December 2017.”

Zuma sought to appoint finance ministers, including Douglas “Des” van Rooyen, Brian Molefe and Malusi Gigaba, who carried the blessings of the Guptas.

It was thanks to resistance from Gordhan, Nene and their colleagues that several attempts by Zuma — and also former SAA board chair Dudu Myeni — to commit wrongdoing were thwarted.

Zondo said some of the transactions Gordhan and Nene are said to have resisted include:

“It is almost a miracle that the National Treasury was saved from the tentacles of the Guptas. I shudder to think what would have happened to this country if President Zuma was not forced to move Mr Des van Rooyen and his advisers out of the National Treasury,” said Zondo.

He said it was difficult to reflect on Zuma sacking Gordhan, who was to have been  replaced by Molefe, without thinking of testimony of Jonas, who was told by Tony Gupta that “Zuma was captured by the Guptas and they could get him to do whatever they wanted in order to advance their business interests”.

Chairperson of the state capture commission chief justice Raymond Zondo says the National Treasury would have suffered irreparable damage had it not ...
Politics
2 weeks ago

He added: “The Guptas were very determined to capture the National Treasury before President Zuma’s second term of office expired. There was no time to waste. They knew, too, that he was not going to stand for the position of the president of the ANC in the ANC’s elective conference in December 2017 ...

Zuma wanted to appoint Molefe despite the headlines about him being appointed group CEO of Transnet before the post had been advertised and being implicated in then-public protector Thuli Madonsela’s state capture report. He had resigned from Eskom with the intention of clearing his name and had not done so.

How could a president want to put such a person in charge of the country’s finances? There are no words to describe this conduct on President’s Zuma’s part.

“How could a president want to put such a person in charge of the country’s finances? There are no words to describe this conduct on President’s Zuma’s part, except to say that he must have been determined to give the Guptas direct access to the nation’s Treasury, to hand the control of our National Treasury to the Guptas before he left office.”

The report recommends action against the 2014 board of directors at Eskom. “It is recommended that the National Prosecuting Authority should consider the evidence that has already been collected by the commission ... and allow such further investigations as may be necessary to be conducted with a view to the criminal prosecution of all the people who were members of the 2014 board or who made or supported the decisions made by that board.”

The Zondo commission also recommended that Koko and Singh face criminal charges for scheming behind the scenes to help the Gupta family buy Optimum coal mine with an Eskom guarantee.

Chief justice Raymond Zondo has found that former Eskom acting CEO Matshela Koko “was working with the Guptas or their associates including Mr Salim ...
Politics
2 weeks ago