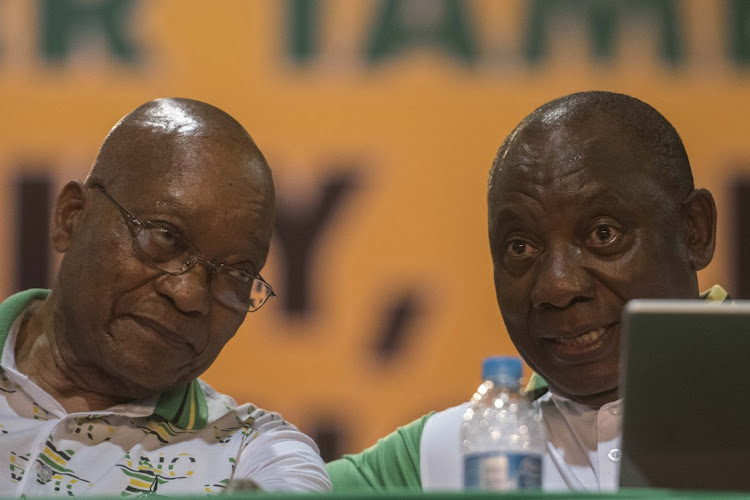 Chair of the state capture commission chief justice Raymond Zondo says the National Treasury would have suffered irreparable damage had it not been for the ANC conference in 2017 that elected Cyril Ramaphosa to take over from former president Jacob Zuma.

This is because Zuma sought to appoint finance ministers, including Douglas “Des” Van Rooyen and Malusi Gigaba, who carried the blessings of the Guptas, according to part 4 of the commission’s report.

When Ramaphosa took office as president of the party and the country former finance minister Gigaba, who had been appointed by Zuma to advance the interests of the Guptas, was axed from cabinet.

The Guptas were very determined to capture the National Treasury before president Zuma’s second term of office expired. There was no time to waste. They knew, too, that he was not going to stand for the position of president of the ANC in the ANC’s elective conference in December 2017

Zondo cautioned that Treasury nearly fell into the wrong hands, particularly in December 2015 after then finance minister Nhlanhla Nene’s dismissal and the appointment of Van Rooyen, alongside advisors linked to the Guptas or their associates.

However, the plan was thwarted when he had to move Van Rooyen to Cogta and re-appoint former finance minister Pravin Gordhan.

Gordhan and his then deputy Mcebisi Jonas were fired by Zuma based on a fake intelligence report, said Zondo, who described their sacking as a pretext to get them out of the way so the capture of Treasury would continue unhindered.

“The Guptas were very determined to capture the National Treasury before President Zuma’s second term of office expired. There was no time to waste. They knew, too, that he was not going to stand for the position of president of the ANC in the ANC’s elective conference in December 2017.

Zondo said it was difficult to reflect on Zuma sacking Gordhan who was to be replaced by Brian Molefe without thinking of the testimony of Mcebisi Jonas who was told by Tony Gupta that “Zuma was captured by the Guptas and they could get him to do whatever they wanted to advance their business interests”.

The National Treasury under the leadership of former finance minister Pravin Gordhan and later Nhlanhla Nene put up great resistance to several ...
Politics
3 weeks ago

Zuma wanted to appoint Molefe despite making headlines that he was to be appointed group CEO of Transnet even before the post had been advertised and being implicated in the public protector’s state capture report. He had resigned from Eskom with the intention of clearing his name and had not.

“How could a president want to put such a person in charge of the country’s finances? There are no words to describe this conduct on President’s Zuma’s part, except to say that he must have been determined to give the Guptas direct access to the nation’s Treasury, to hand the control of our National Treasury to the Guptas before he left office.”

The country must be grateful to Gordhan and Nene and other senior officials who saved the National Treasury from being captured by the Guptas by refusing to commit wrongdoing, Zondo said.

The pair testified that some of their colleagues in the cabinet became hostile to them and the National Treasury.

“The reason for that hostility by members of the cabinet towards the National Treasury may have been because they identified themselves with President Zuma’s wishes with regards to those transactions or projects because their departments also had transactions or projects that they wanted the National Treasury to approve, which it did not approve.”

Some of the transactions which Gordhan and Nene are said to have resisted coming from Zuma and former SAA board chair Dudu Myeni include:

Zondo concluded that despite several attempts to capture the Treasury, several senior officials stood firm to prevent the capture.

“It appropriate to say that the fact that the Guptas and President Zuma failed to capture our National Treasury even after their relentless attempts to do so over a long period of time is due largely to the ministers of finance that SA had during those years, namely minister Nhlanhla Nene and minister Pravin Gordhan.

“The men and women at National Treasury, including Mr Fuzile who was the director-general and his team of senior officials, who in the interest of the country put up serious resistance to President Zuma and the Gupta’s attempts — the country should be grateful to all of them.”

Former president Jacob Zuma was prepared to axe competent people from their jobs if the Gupta family wanted them out, according to the latest report ...
Politics
3 weeks ago

Want a summary of what the fourth part of the state capture report says? Check out these articles.
Politics
3 weeks ago