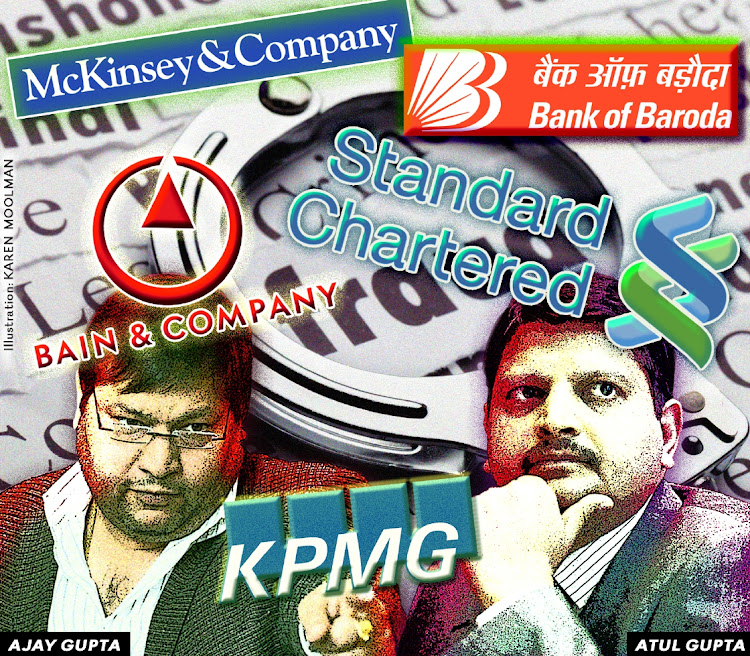 By allowing the Gupta family to open local accounts with international banks (including HSBC, Standard Chartered and Bank of Baroda), they were able move huge amounts of money in and out of SA. File image.
Image: Karen Moolman

Former mineral resources minister Mosebenzi Zwane played an active role in attempting to force banks to reopen the bank accounts for the Gupta family, according to the latest instalment of the state capture report.

“Mr Zwane, as chairperson of the interministerial committee, played an active role in seeking to put pressure on the banks to reopen the bank accounts of the Guptas and issued a media statement in which he misrepresented what cabinet had decided,” reads part of the report dealing with the capture of Eskom.

“As minister of mineral resources, Mr Zwane abused his position by intervening in negotiations to secure the acquisition of Glencore’s OCH [Optimum Coal Holdings]/OCM by the Gupta-owned company Tegeta,” says the report.

His special advisers acted on his instructions to hamper mining operations to place the mines under financial strain, it adds.

“He [Zwane] was a willing and conscious participant in the Guptas’ scheme to gain control of the Glencore coal interests.”

This included his move to pressurise banks into reopening the Gupta bank accounts.

The report states Ian Sinton of Standard Bank explained the context of engagements regarding the closure of the Guptas’ bank accounts in 2016.

Four years ago, Sinton told the state capture inquiry there were suspicious transactions and media reports about the Guptas that led to the institution’s decision to close the accounts of the family’s entities.

Sinton testified about aspects concerning money laundering, which he described in simple terms as being efforts to disguise the origins of the proceeds of crime.

The bank was alerted to possible improprieties by their clients, the Gupta family, when, after the Gupta-chartered aircraft had landed at Waterkloof Air Base, they learnt Absa Bank had terminated all dealings with the Gupta family and entities it controlled and that KPMG was withdrawing their accounting services from those entities.

Sinton said the decision to close the Guptas’ accounts was made when another bank closed the family’s accounts.

“It was reported Absa bank had elected to terminate all banking relations with the Gupta group. We would accept Absa Bank is bound by the same laws as we are,” he said.

Sinton told the inquiry they felt the bank was at risk.

“We were at risk if we had continued to deal with those entities by facilitating money laundering or being involved in possible acts of corruption.”

He said reports about the Guptas offering ministerial positions and suspicious transactions, like the purchase of OCM, were factors that informed Standard Bank’s decision.

Sinton said an interministerial committee meeting in 2016 was an attempt by two cabinet ministers to persuade the bank not to close the Guptas’ accounts.

The presidency formally received the fourth part of the state capture commission report on Friday morning.
Politics
2 weeks ago