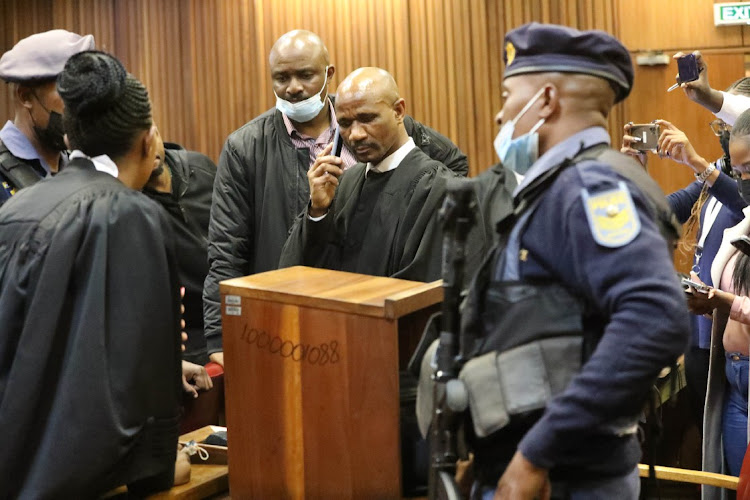 Police were overzealous in the dramatic arrest of advocate Malesela Teffo who is representing four of the accused in the Senzo Meyiwa trial, says the EFF.

The red berets have condemned the “dramatic arrest”, describing it as an “unnecessary use of force and deliberate attempt at public humiliation” involving the police tactical response team.

Teffo was on Thursday handcuffed and arrested inside the high court in Pretoria after the adjournment of the Senzo Meyiwa murder trial, allegedly without being read his rights.

He went with the police, protesting his innocence, pinning his arrest on police minister Bheki Cele not wanting him to be involved in the Meyiwa trial. Cele denied the claim.

The EFF said it was concerning that the warrant of arrest was issued in January.

‘Bheki Cele doesn’t want me in this case,’ says advocate Malesela Teffo as he is led away
News
2 weeks ago

Teffo confirmed in court that the warrant was dated January.

“Yet SAPS waited for such a sensitive moment to effect this arrest, casting doubt and aspersion on a case which has been dragging for more than seven years,” said the EFF.

“All people are equal before the law and whoever breaks the law should be arrested. However, the constitution enjoins all of us to treat each other fairly with dignity and respect at all times, the police included.

“The EFF calls upon the prosecution authority and justice ministry to investigate this contempt of high court by SAPS and to arrest those responsible ... The use of the tactical response team to effect an arrest for contempt is not only excessive, but wasteful, especially considering the high rate of violent crime in SA.”

The EFF has also called on the bar council, the judicial service commission and the legal practice council to condemn the “blatant act of disrespect of the judiciary in session which was done under the guise of a lawful arrest”.

The lawyer representing four of the five men accused of murdering Bafana Bafana player Senzo Meyiwa on Thursday questioned the time of his death, ...
News
2 weeks ago

The lawyer representing four of the five men accused of murdering Bafana Bafana player Senzo Meyiwa was arrested in the high court in Pretoria on ...
News
2 weeks ago

The lawyer representing four of the five men accused of murdering Bafana Bafana player Senzo Meyiwa alleged in court that the crime scene was ...
News
2 weeks ago