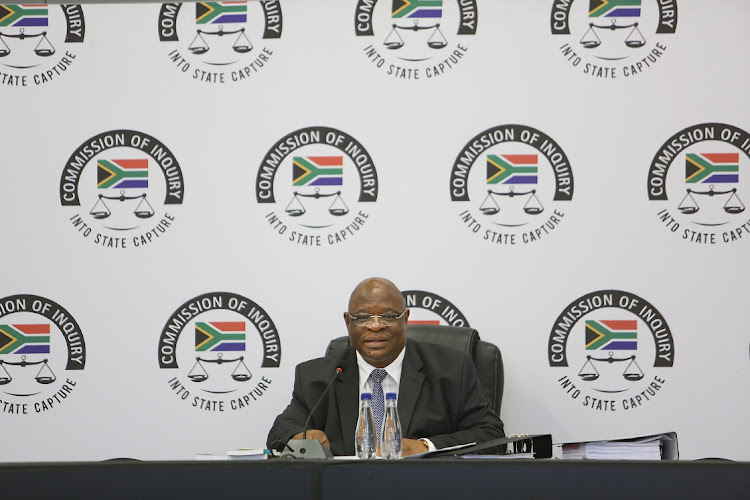 The fourth instalment of the state capture report was released on Friday morning, with several high-profile politicians and businesspeople implicated.

It deals with, among other things, the capture of Eskom and the Free State’s R1bn housing project.

The inquiry was expected to release the final instalment of the report at the end of April, but Zondo said in court papers on Thursday it would not be able to deliver all the outstanding sections of the report by then.

The Pretoria high court granted a six-week extension for the delivery of the final state capture report, giving the commission until June 15.

Here are stories you need to read about the fourth part of the report:

Chief Justice Raymond Zondo, who sat through three years of testimony on how callous politicians and their cronies captured state-owned entities, including Eskom, tore into former president Jacob Zuma and the ANC in the fourth instalment of the commission's report.

Chief justice Raymond Zondo, who sat through three years of testimony on how callous politicians and their cronies captured state-owned entities, ...
Politics
2 weeks ago

Former minister of public enterprises Lynne Brown, along with Zuma, were key figures in enabling the capture of Eskom by the Gupta family, further crippling SA’s biggest and most important public enterprise.

Former minister of public enterprises Lynne Brown, along with former president Jacob Zuma, were key figures in enabling the capture of Eskom by the ...
Politics
2 weeks ago

The report recommend that more criminal charges be instituted against members of the controversial Gupta family.

The commission of inquiry into state capture chaired by chief justice Raymond Zondo has recommend that more criminal charges be instituted against ...
Politics
2 weeks ago

The commission also recommended Ramaphosa consider the position of Zizi Kodwa as deputy minister of state security because of his tainted relationship with controversial businessman and former EOH boss Jehan Mackay.

The commission into state capture, headed by chief justice Raymond Zondo, has recommended that President Cyril Ramaphosa consider the position of ...
Politics
2 weeks ago

Zuma ‘would do anything’ to help Gupta family capture the state

The report found Zuma played a key role in helping the Gupta family capture Eskom and was willing to “do anything” to help them.

It suggested the Guptas must have identified Zuma as someone whose “character was such that they could use him against the people of SA, his own country and his own government to advance their own business interests”.

“The evidence proves a scheme by the Guptas to capture Eskom, install the Guptas’ selected officials in strategic positions within Eskom as members of the board, the committees of the board and the executives and then divert Eskom’s assets to the Guptas’ financial advantage,” the report stated.

The report said National Treasury would have suffered irreparable damage had it not been for Cyril Ramaphosa taking over from Zuma.

Chairperson of the state capture commission chief justice Raymond Zondo says the National Treasury would have suffered irreparable damage had it not ...
Politics
2 weeks ago

The report claimed Zuma was prepared to cut competent ministers from cabinet at the Guptas’ request.

It said this did not endear them to the president or some in cabinet.

The report claimed former Eskom acting CEO Matshela Koko “was working with the Guptas or their associates including Mr Salim Essa in pursuit of their agenda of state capture and in seeking to loot the coffers of Eskom”.

Chief justice Raymond Zondo has found that former Eskom acting CEO Matshela Koko “was working with the Guptas or their associates including Mr Salim ...
Politics
2 weeks ago

“Zwane had co-operated with the Guptas while serving as MEC in the Free State provincial government where his departments [agriculture and later human settlements] had performed very poorly and he was brought specially into the National Assembly so President Zuma could appoint him as minister of mineral resources,” the report stated.

The report found Zwane played an active role in trying to get banks to reopen the Gupta’s accounts.

“Mr Zwane, as chairperson of the inter-ministerial committee, played an active role in seeking to put pressure on the banks to reopen the bank accounts of the Guptas and issued a media statement in which he misrepresented what cabinet had decided,” it read.

When the Free State provincial government realised it was at risk of losing R1.3bn allocated to build thousands of low-cost houses in 2010, officials ...
Politics
2 weeks ago

The report called the Free State provincial government’s handling of the controversial R1bn housing project a “dismal failure. and said the project was a debacle.

The money was meant to build thousands of low cost houses, which were never built.

The report recommended the government seek legal advice on how to recover the R255m wasted on the failed Free State asbestos roof eradication project.

While Blackhead boss Edwin Sodi is facing charges over the matter, Zondo believes those who benefited criminally should also face the music and pay back the money.

Expose or factionalism at play? SA reacts to fourth part of report

South Africans have taken to social media to share their thoughts about the latest volume of the state capture inquiry report.

Eskom responded to the report, saying it had set up a team to review it. It claimed state capture and its agents had caused immense harm to the power utility.

“We view the release of the commission’s report as an important step to ensure more of those who undermined Eskom are brought to book, and we look forward to working with the National Prosecuting Authority to ensure the miscreants speedily face criminal charges,” said Eskom board chair Prof Malegapuru Makgoba .

Eskom has set up a team to review the latest state capture report, which found that former president Jacob Zuma played a key role in helping the ...
News
2 weeks ago

A recap of the entire state capture report

The first three volumes of the report were explosive and dealt with several state-owned enterprises and companies that did business with government.

As South Africans pour over the fourth instalment of the state capture report, here is a reminder of what was mentioned, and those implicated, in the ...
Politics
2 weeks ago

The fourth volume of the report in full

Fancy reading the entire fourth volume? Here it is.

The presidency formally received the fourth part of the state capture commission report on Friday morning.
Politics
2 weeks ago

The presidency formally receives the fourth part of the state capture commission report on Friday morning.
Politics
2 weeks ago

Newly appointed chief justice Raymond Zondo is talking about the state of the judiciary and various other issues.
News
3 weeks ago

Fourth part of state capture report to be released on Friday

The presidency will formally receive the fourth part of the state capture commission report on Friday morning.
Politics
2 weeks ago