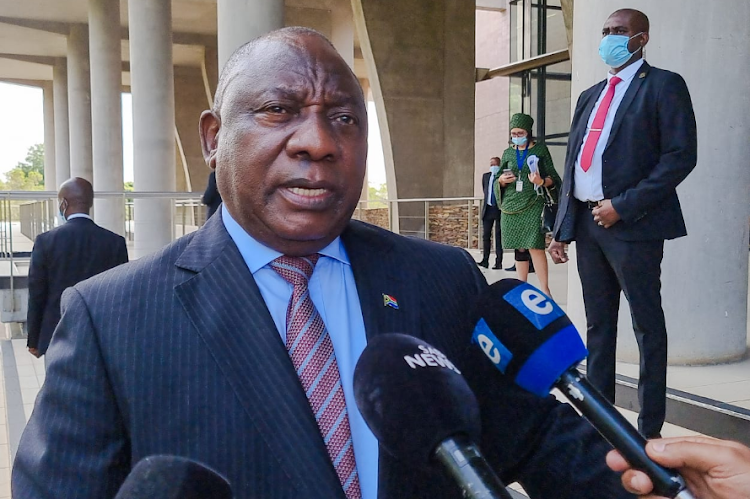 There have been mixed responses to mineworkers booing President Cyril Ramaphosa on Sunday. The president had to be whisked away and abandoned his Workers' Day address after aggrieved mineworkers demanded he leave the stage.

Holding up placards demanding wage increases, Sibanye-Stillwater workers chanted “Cyril must go. You must go,” to which the president responded, “we've heard you”. His attempts to calm the crowd, however, proved unsuccessful.

“You want your R1,000, is that so? I understand that. You want the employers to give you your R1,000. We've heard that message and we will be dealing with that matter,” he said.

Were mine workers justified in booing President Cyril Ramaphosa?

Sibanye-Stillwater gold mine workers are demanding, among other things, a R1,000 monthly salary increase. They have been on strike for three months after the company offered them an increase of R800. Angry workers said they would not let Ramaphosa address them until he responded to their salary grievances.

SA Federation of Trade Unions secretary-general Zwelinzima Vavi said the disruption of Ramaphosa's speech was “a powerful unity between workers” who belong to different federations.

“They sent a powerful message to all of the elite that we are fighting our battles in your absence and with you looking on the other side,” said Vavi during an interview with Power 98.7.

ActionSA leader Herman Mashaba said it was only a matter of time before employees showed their discontent.

“Chickens have come home to roost. Our workers have been abused, lied to and betrayed by the ANC. You can lie to people for so long, but you can’t lie to people with their lived experiences.”

Enjoy the outdoors and support local at these markets in Johannesburg, Pretoria and Muldersdrift
Lifestyle
3 weeks ago

Inspired by personal experiences, SA author Lauren Beukes' genre-bending novel of a time-travelling serial killer has been turned into a limited TV ...
Lifestyle
4 weeks ago

North Korea said a test conducted on Sunday was for the development of a reconnaissance satellite system, state news agency KCNA reported on Monday, ...
News
2 months ago