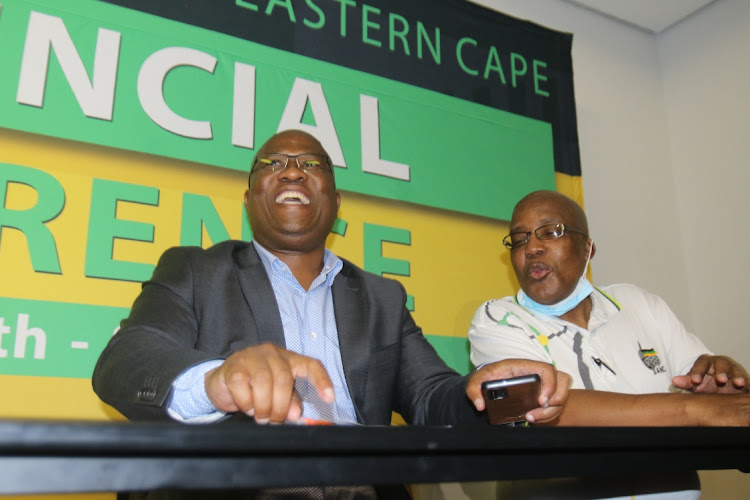 Babalo Madikizela — who is vying for the chairmanship of the province against Mabuyane — allegedly told delegates supporting him to “take the money but vote with principle”.

“It's difficult for me to discuss issues of money. I don’t have money. I have never been in the ANC for money. I am not exposed to money, so people who have money can speak better on the money politics and exchanging of money,” said Mabuyane.

“I don’t think we must create a narrative that seeks to create a spin about this conference.  In the 2017 conference some said we are winning, we have a 300 margin, but when the conference was about to start there was no longer a margin.

“A new narrative had to be created about ghosts [delegates] because people have sustained a wrong narrative over a long time, misleading society. Wait for the conference to sit.”

Babalo Madikizela has characterised his ANC Eastern Cape chairperson candidature and slate as that of underdogs who are up against the establishment.
Politics
2 weeks ago

While Mabuyane did not mention Madikizela by name, he said dispensing money to delegates with the intention of influencing conference outcomes was misconduct and appealed to those with such information to come forward and report it to the appropriate authorities.

“Whoever has spoken about it, he better report it formally so that it is thoroughly investigated and dealt with.”

Mabuyane was speaking at a media briefing in East London, where the elective conference is set to officially resume on Saturday. He also took a swipe at party leaders “already speaking with the authority” of elected leaders.

“We are not coming into an ANC meeting as if we are going to a battlefield. The ANC is a democratic organisation. You only assume responsibility when you have been elected to lead.

“Sometimes we speak as if we are speaking in different tongues because we don't understand the responsibility you assume once you are elected and you are expected to rise above pressures of expediency.

ANC Eastern Cape conference gets the green light for this weekend

Task team convener and former provincial chairperson Oscar Mabuyane confirmed that the conference is going ahead.
Politics
2 weeks ago

ANC loses ward to EFF five months after winning it

The EFF’s growth in the North West continues after the party wrested a ward from the ANC in the May 4 by-elections.
Politics
2 weeks ago

Days before the start of the ANC Eastern Cape’s ninth provincial conference, it has emerged there are pending issues that could lead to the ...
Politics
2 weeks ago

Convention is now scheduled for May 6-8, against the recommendation of Luthuli House that it be held no later than April 28
News
4 weeks ago