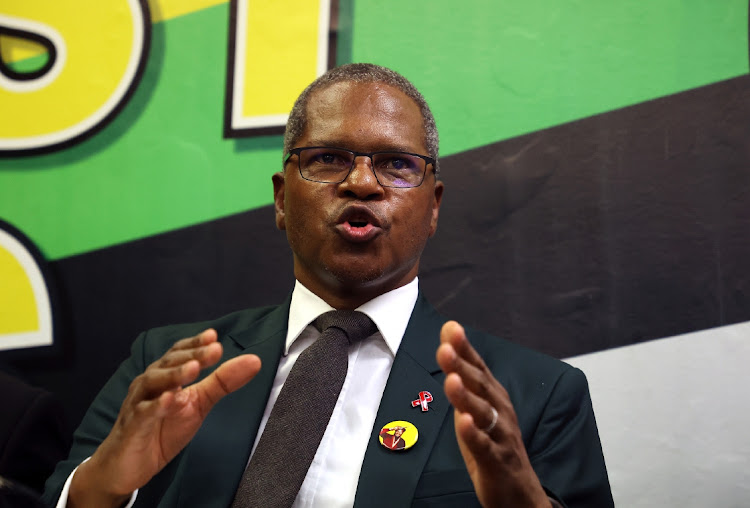 IFP president Velenkosini Hlabisa says the high court's decision to set aside a damning report on the Zululand District Municipality indicates the ANC has unfairly targeted towns where his party is in charge.

The report, on a probe into allegations of maladministration, fraud and corruption at the municipality, was compiled by Mdledle Attorneys and released last year.

It was successfully taken on review for, among other reasons, failing to give meaningful opportunity to those implicated to respond to the allegations.

On Friday, the high court in Pietermaritzburg reviewed and set aside the report which had made damning findings against IFP mayor Thulasizwe Buthelezi and recommended his removal both as mayor and councillor. The investigation was commissioned by the MEC for COGTA Sipho Hlomuka.

Hlabisa said in a statement he had cautioned premier Sihle Zikalala “against jumping the gun on matters that were still being considered by the courts”.

“This judgment must also be a lesson to the MEC for COGTA that he must refrain from fighting political battles using taxpayers’ money. The IFP calls upon the premier to retract his misleading statement made in the house in 2021, and to apologise to the officials of the Zululand District Municipality,” Hlabisa said.

"It is therefore premature if not Ill-advised to comment on this decision as if it’s a fait accompli. The statement (by the IFP) is therefore unfortunate propaganda clap-trap that lacks substance. There are findings of wrongdoing including corruption in the forensic report tabled."

"These are facts and truths contained in the report, accountability and consequence management are expected from all those committed to good, clean and ethical governance," Mabaso said.

Hlabisa said the IFP in the KwaZulu-Natal Legislature has repeatedly complained that the ANC government in the province is selective and abuses government power in instituting section 106 investigations, and section 139 interventions in municipalities in the province.

The report had found that Buthelezi had allegedly allocated himself 14 bodyguards and security personnel, which were paid for by the municipality at a cost of more than R400,000 a month.

IFP vows to stamp out disunity and corruption in leadership

The IFP has issued a stern warning to those who sow divisions in the party and question the legacy of founder Prince Mangosuthu Buthelezi.
Politics
1 month ago

Ulundi municipality and KwaZulu-Natal health MEC Nomagugu Simelane-Zulu are at loggerheads after she accused it of instigating protests against her ...
News
2 months ago

Buthelezi on Ramaphosa’s Sona: 'Only two words out of 8,000 spoke volumes'

Sona 'lists all the things that would be nice to have – yet year after year, the commitments made during Sona are delayed, changed or unfulfilled', ...
Politics
3 months ago