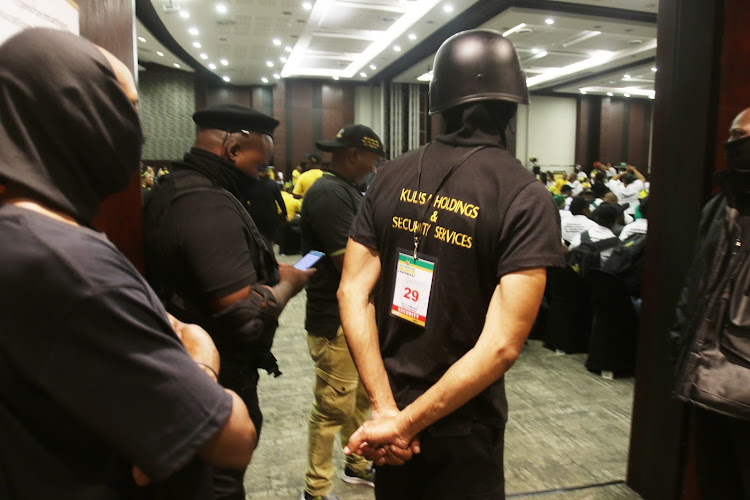 Security has been tightened at the ANC’s elective conference in the Eastern Cape, ostensibly in attempts to avoid repeat scenes of five years ago when disgruntled delegates tossed chairs across the room.
Image: Michael Pinyana

A tight ring of security has been cast over the ANC’s elective conference in the Eastern Cape ostensibly in attempts to avoid repeat scenes of five years ago when disgruntled delegates tossed chairs across the room.

The plenary venue was swarming with security guards on Sunday. It is unusual for the ANC to hire private security at its events.

Provincial head of communication Stella Ndabeni-Abrahams has confirmed the extra security measures have been taken this time around to ensure the conference doesn’t denigrate into chaos.

She was also adamant that it will continue and complete its business as planned.

Ndabeni-Abrahams addressed journalists at the East London International Convention Centre just after a group of delegates supporting provincial chair contender Babalo Madikizela brought proceedings to a halt, singing and objecting to the adoption of the credentials report on Sunday afternoon.

“The conference is definitely going to take place,” she said.

“No delegate is going to pick up a chair. We have tightened security inside the plenary to make sure nobody does that.

“Nobody can pick up a chair and throw it at anyone but we are not saying people cannot be anarchic, as I said others are singing right now,” said Ndabeni-Abrahams.

The 2017 conference was dubbed “the festival of chairs” by the then deputy president Cyril Ramaphosa. 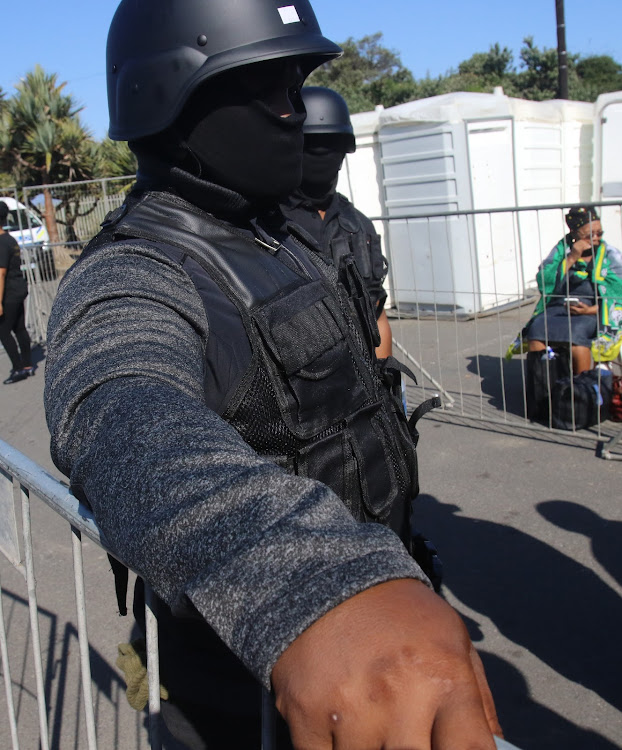 Security has been tightened at the Eastern Cape ANC conference.
Image: Michael Pinyana

She suggested the party was better prepared than in 2017, saying: “We’ve seen all the anarchy in the world. We know how to deal with it just like we dealt with it in 2017. We did not allow the conference to collapse. We proceeded with conference,” she added.

Ndabeni-Abrahams said security was tightened on Sunday morning, which was initially going to be the last day of the event and when new leadership was going to be elected.

This would also deal with the so-called ghost delegates or members who attended the conference fraudulently.

The conference came to a halt around 4pm on Sunday, as the session on adopting credentials was about to be wrapped.

Ndabeni-Abrahams said the objecting delegates raised issues which had already been resolved including the matter that was resolved in court on Saturday night.

She said the credentials report had also been signed off by regional secretaries ostensibly agreeing to conference going ahead.

“If they demand conference must not proceed, no one is allowed to make that demand and it will never be adhered to. We are here for conference and regional secretaries agreed that this conference must proceed.”

A conference steering committee was meeting to listen to the concerns of the disgruntled members while proceedings ground to a halt. Ndabeni-Abrahams said this was to make sure that no member could say they were not listened to.

“I’m calling for people not to panic. In 2017 it happened, it happened in Fort Hare and it has happened in many instances where we had provincial conferences.

“This is one thing about the ANC, especially in the Eastern Cape where democracy is exercised; wherein members would want to take matters into their own hands by undermining at times, including the rules and the constitution of the ANC,” said Ndabeni-Abrahams.

ANC members aligned with Babalo Madikizela, one of the Eastern Cape leadership candidates at the provincial conference, refused to enter the venue on ...
Politics
1 week ago

The ANC should use the outcome of chief justice Raymond Zondo's state capture inquiry as an opportunity for deep soul-searching, Eastern Cape premier ...
Politics
1 week ago

The ANC conference in the Eastern Cape has once again been paused as the steering committee deals with questions arising from one slate.
Politics
1 week ago