LISTEN | 'This will truly be the winter of our discontent,' warns Steenhuisen amid Russia-Ukraine war 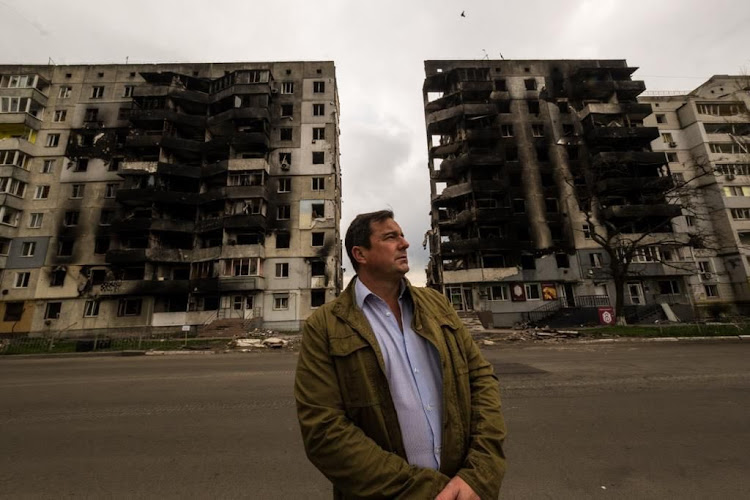 DA leader John Steenhuisen says the consequences of the war between Russia and Ukraine will be felt most by SA’s poorest during the winter.
Image: Twitter/John Steenhuisen

DA leader John Steenhuisen says the consequences of the war between Russia and Ukraine will be felt most by SA’s poorest during the winter.

The price of staple foods, including maize and cooking oil, have been on the rise due to restrictions on Ukrainian exports through its ports.

Steenhuisen warned that it will get worse before it gets better.

“We are heading for a bleak time as this war hits our economy and our imports. This impact is right around the corner and it will coincide with the winter months.

The ripples of this war are only just starting to arrive on our shores now, but they will soon be waves that will cause great suffering to ordinary South Africans, and particularly to a sector of our society that cannot afford any further economic hardship

“This will truly be the winter of our discontent and when it arrives, Ukraine will be on everyone’s lips,” he said on Monday during a virtual media briefing.

Steenhuisen went on a six-day “fact finding mission” to Ukraine and has called on the ANC-led government to change its non-aligned position on the war at the UN general assembly.

Reflecting on his trip which had also received criticism, Steenhuisen said the war was far from over.

“The ripples of this war are only just starting to arrive on our shores, but they will soon be waves that will cause great suffering to ordinary South Africans and particularly to a sector of our society that cannot afford any further economic hardship.

“Sharp rises in staple products will hit all of us in the pocket, but for those who spend such a large portion of their monthly income on these basics the affect of this war will be unbearable.”

Quoting a Sunday Times story about the number of children dying of malnutrition in the country, Steenhuisen warned that “these families whose children go to bed starving every night and who have to share slices of bread or tiny amounts of watery porridge will be our victims of the war in Ukraine”.

“When global maize and oil prices spike even further, these are the people who will suffer. And many will die if we don’t step in with a plan to shield them from hunger.”

DA leader John Steenhuisen has warned that the war between Russia and Ukraine is far from over and says he will put pressure on the ANC-led ...
Politics
1 week ago

Steenhuisen said his party would continue to fight for dropping fuel levies, a reduction of VAT on food products and dropping the sugar tax.

He promised to use his voice to raise awareness about the plight of the people of Ukraine  to help mitigate against the fallout of the war in SA's poorest communities.

“None of those things are important. Like the Ukrainians, we now have a common enemy heading our way. We need to pool our resources and our efforts so that we can fight off rising food prices and keep poverty and hunger at bay.

“If we fail at this task, this will be a winter none of us would want to remember.”

He urged President Cyril Ramaphosa to change SA's non-aligned position and for parliament to send a multiparty delegation to Kyiv to meet Ukrainian leaders and assess the situation for themselves. He hoped once they had the facts they would come back and help shift public opinion on Russia’s war against Ukraine.

LISTEN | John Steenhuisen reports back on his Ukraine visit

Reporting back on his visit to war-torn Ukraine, DA leader John Steenhuisen gives his take on the implications of the war for the world, South ...
Politics
1 week ago

SA’s foreign policy in a nutshell: it’s about who stood with us, rather than what we stand for

Social development minister Lindiwe Zulu, nostalgic for the Soviet Union, skates over Russia’s invasion of Ukraine at a celebration for Poland’s ...
Opinion & Analysis
2 weeks ago

President Cyril Ramaphosa on Friday said he was willing to make a visit to war-torn Ukraine. This after President Volodymyr Zelensky extended an ...
Politics
4 weeks ago