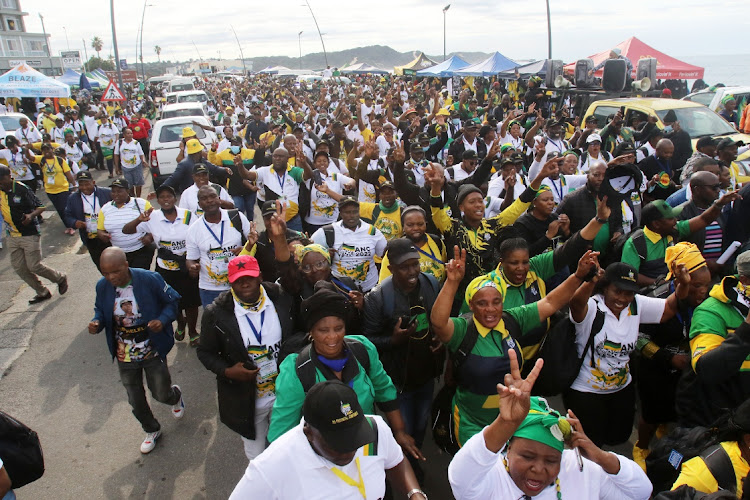 Voting for officials at the ANC elective conference in the Eastern Cape continued on Monday morning after a lengthy delay over the adoption of credentials.

Conference delegates reached consensus after midnight to proceed with the elective aspect of the gathering, starting with the nomination of officials to fill five positions that will make up the top leadership in the province.

Nominations started and, as expected, Oscar Mabuyane and Babalo Madikizela accepted the nomination for provincial chairperson.

Other names that met the threshold to be on the ballot for official positions included Lulama Ngcukayitobi and Terris Ntuthu for provincial secretary.

A name on the ballot for the treasurer position is Zolile Williams, who was nominated from the floor. He will go against Andile Lungisa, who also accepted the nomination.

640 branches in good standing means 128 branches are needed for a nomination.#ANCEC22

Treasurer is only Andile Lungisa who met threshold.

The credentials adoption stalemate at some point led to national executive committee deployee to the Eastern Cape Aaron Motsoaledi telling conference delegates if there is a pre-emptive strike to collapse the conference, no amount of the leaders’ explanations will be good enough.

Motsoaledi headed the steering committee that sought to resolve issues that arose from plenary, affecting the credibility of the process and by extension the leadership collective in which it will vote.

“If there are those who are premeditated to cause problems and cause the conference to collapse, it doesn’t matter how many explanations we give, no explanation will ever be sufficient even if we sit here for 100 hours.

“If somebody has already decided I am not going to reason, we will explain and you will still do what you want to do. But we agree we are all leaders of the ANC and we want the ANC to be successful,” Motsoaliedi told delegates after yet another disruption that led to yet another meeting of the steering committee.

The ANC conference in the Eastern Cape has once again been paused as the steering committee deals with questions arising from one slate.
Politics
2 weeks ago

The stalemate in the ANC Eastern Cape conference was over various issues, however most contentious was the participation of delegates from the Dr WB Rubusana region.

While a last bid attempt to interdict the region’s participation in the provincial conference failed, some delegates argued an existing court order barring certain branches in the region from participating should stand.

The steering committee, according to what Motsoaledi told delegates, had made its decision based on the judgment that the Rubusana delegates’ participation matter has nothing to do with this conference, even saying “that is in black and white”. He was  referring to the failed interdict bid.

Another issue of deep division was the participation of a voting delegation from the veterans league.

“Our position is that they have all the rights under ANC stipulations and rules to participate in this conference. There is no issue whatsoever that we have bogus  members in the veterans league,'' Motsoaledi said, explaining the decision of the steering committee.

However, the argument was that there was no veterans league structure, there was not an interim veterans structure and the question from delegates was how were the voting delegates elected and by whom.

“We have been sitting here for ages. We will allow a few issues for clarity seeking and comment but at some stage we have to close and deal with credentials, whether we adopt them or not, and we unfortunately reached a conclusion, comrades.”

“At last sense prevailed and there was adoption by consensus,” he said.

Results for the officials are expected on Monday morning.

A tight ring of security has been cast over the ANC’s elective conference in the Eastern Cape ostensibly in attempts to avoid repeat scenes of five ...
Politics
2 weeks ago

Zweli Mkhize’s ghost loomed large at the ANC Eastern Cape provincial conference as his backers showed their hand at the chaotic start of the ...
News
2 weeks ago

ANC members aligned with Babalo Madikizela, one of the Eastern Cape leadership candidates at the provincial conference, refused to enter the venue on ...
Politics
2 weeks ago