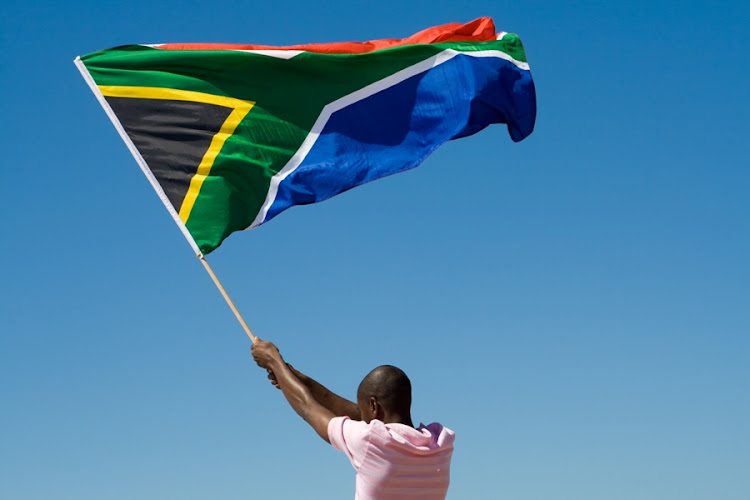 The ministry of sport, arts and culture plans to spend R22m on a monumental flag.
Image: ISTOCK

The EFF has condemned what it calls “gross and wasteful intended expenditure” by the department of sport, arts and culture for forking out R22m on a national monumental flag project.

The party said the project proves the department has no clue what to do with its budget.

It said the R22m is a slap in the face of millions of South Africans who languish in poverty daily. It called on the ministry to invest the money in projects that will advance the arts.

“We call on [minister Nathi] Mthethwa to put the money he planned to use on his shameful flag project to good use and not insult our collective intelligence. The money can be used to develop local sports, invest in women’s football or create long-lasting infrastructure for the creative industry, not this senseless attempt at social cohesion,” said the EFF.

The department has been criticised after the ministry had confirmed it has “embarked on a process to conceptualise, design and ultimately install a national monumental flag, with a flagpole that will be more than 100m in height”.

According to the report, the flag will act as a symbol of “nationhood” and “common identity” among South Africans.

The EFF cited the ongoing court application by lobby group AfriForum, which wants the display of the old SA flag unbanned, saying racists in the country have become “emboldened”.

The party said the project will not achieve its intended purpose in the face of inequality and injustice.

The DA labelled it “the clearest indication yet that minister Nathi Mthethwa is out of touch with the needs of South Africans.”

“This giant flag project is nothing more than a decoration project and will do absolutely nothing for nation building or social cohesion. On the contrary, it is an insult to millions of struggling athletes and artists who have been receiving very little or no support from the department after their lives and livelihoods were destroyed by the Covid-19 lockdown.”

Perhaps we could use its proposed giant flag as a big top tent for the ministry of sport, art and culture’s clown show
Opinion & Analysis
1 week ago

According to DA MP Leon Schreiber, the information was obtained through parliamentary questions.
Politics
3 weeks ago

GladAfrica Championship side Cape Town Spurs have made an impassioned plea to sports minister Nathi Mthethwa to assist in professionalising match ...
Sport
4 weeks ago