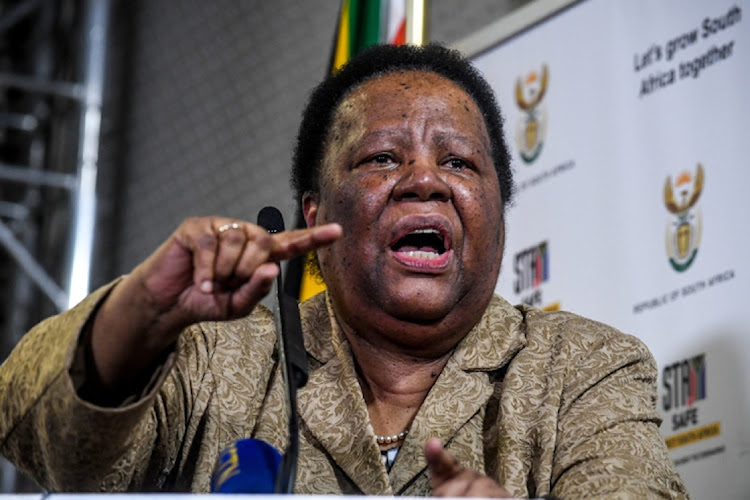 International relations and co-operation minister Naledi Pandor has slammed the UN Security Council, saying it has failed the world in the war between Russia and Ukraine.

Delivering her department's budget speech, Pandor tore into the Security Council, saying it had proved that it cannot be relied upon to preserve peace and security.

Her stance on the Russia-Ukraine war has seemingly not changed despite pressure from the official opposition DA, whose leader John Steenhuisen recently went on a “fact finding mission” in war-torn Ukraine.

International community ‘cannot be found isolating one party or bringing it to its knees’: Naledi Pandor

International relations and co-operation minister Naledi Pandor has defended SA’s decision to abstain from a UN General Assembly vote that sought to ...
Politics
1 month ago

“The UN Security Council has failed the world, proving that it cannot be relied upon to preserve peace and security. The conflict has exposed the inadequacy of the UN system and highlighted the need for serious attention to our repeated calls for substantive reform of the Security Council and the UN itself,” said Pandor.

She called on all new non-permanent members of the council to initiate a genuine, robust process of reform.

“We firmly believe that the Ukraine-Russia war will only be ended through negotiations and we urge the secretary-general [António Guterres] to lead as the key negotiator to secure a secession of hostilities,” said Pandor.

She said SA will give greater attention to member states of the non-aligned movement and work with them to ensure that they all actively contribute to shaping the reform deliberations within the UN system and giving new content to the Security Council.

Pandor said Guterres gave the world renewed hope last year when he presented a global vision of inclusive and transformed multilateralism — but that hope had been lost since Russia's invasion of Ukraine.

“The Russian-Ukraine war has severely eroded that hope and has divided the world again and diverted us from the secretary-general's common agenda. Despite our calls for a ceasefire and for UN-led negotiations, the war rages on with millions displaced and thousands killed.

“We remain steadfast in our belief that war benefits no-one and that all efforts should focus on peaceful settlement of all disputes,” said Pandor.

The DA's shadow minister of international relations and co-operation, Darren Bergman, has slammed the ANC's stance on the war.

“The ANC has tarnished SA’s international image by failing to condemn the Russian invasion of Ukraine, choosing instead to remain ‘neutral’ in the face of gross human rights violations and loss of lives. The world should know that it is the ANC, not SA, that is supporting Putin’s war in Ukraine.

“Worse still, for a party that claims to fight for Africa, the ANC is standing by and watching as the war threatens to send Africa to the brink of a food crisis. Minister, your government should be pressuring Putin to allow the opening up of Ukraine ports to allow the exports of grain and wheat that is trapped there.

“For once, stand up and fight for Africa before the continent is plunged into a full-blown hunger crisis,” said Bergman.

LISTEN | 5 key points in John Steenhuisen’s report-back on Ukraine: 'Effects of the war will take years to overcome'

The opposition leader left SA for Kyiv last week to meet various leaders and embark on a fact-finding trip regarding the extent of the effects of the ...
Politics
1 week ago

To save democracy from the likes of Putin, nations like SA must join the fight

EDITORIAL | In the theatre of politics, Steenhuisen chose the action role

That’s more than can be said for Ramaphosa, who got booed off stage instead
Opinion & Analysis
2 weeks ago

President Cyril Ramaphosa on Friday said he was willing to make a visit to war-torn Ukraine. This after President Volodymyr Zelensky extended an ...
Politics
1 month ago