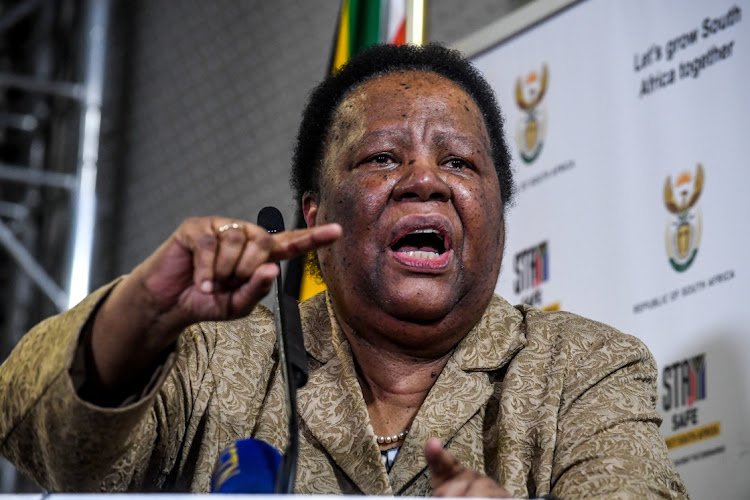 International relations and co-operation minister Naledi Pandor has denied that the country ever planned to give R50m in cash to Cuba.

Speaking in parliament on Thursday, Pandor responded to DA MP Darren Bergman, who suggested that the country was using the African Renaissance and International Co-operation Fund, from where the money would be channelled, as an open wallet.

“We do not use the ARF fund as an open wallet, this is not at all true. There is no R50m that will be given or donated to Cuba. We plan to provide humanitarian aid to Cuba of food and medical supplies which will be purchased from SA companies and shipped to Cuba to support that nation in its suffering,” said Pandor.

Her department has been interdicted by AfriForum from going ahead with its plan after the lobby group argued that a mandatory parliamentary overview process was not conducted.

This week the government lost its bid to appeal the interdict.

Bergman, however, on Thursday evening accused the government of attempting to bypass the court process. He based this on Pandor’s explanation to parliament about the donation of food and medical supplies.

Dirco spokesperson Lunga Ngqengelele denied this on Friday, saying purchasing food and medical supplies to ship to Cuba — as opposed to donating cash — had always been the plan of the department.

This week on the Sunday Times Politics Weekly, we are looking at the controversy surrounding SA's R50m donation to the republic of Cuba, which has ...
Politics
1 month ago

The department of international relations and co-operation will return to court to argue its case over a R50m donation to Cuba after an interdict was ...
News
1 month ago

AfriForum on Tuesday obtained an interdict preventing the department of international relations and co-operation from making a R50m donation to Cuba.
News
1 month ago