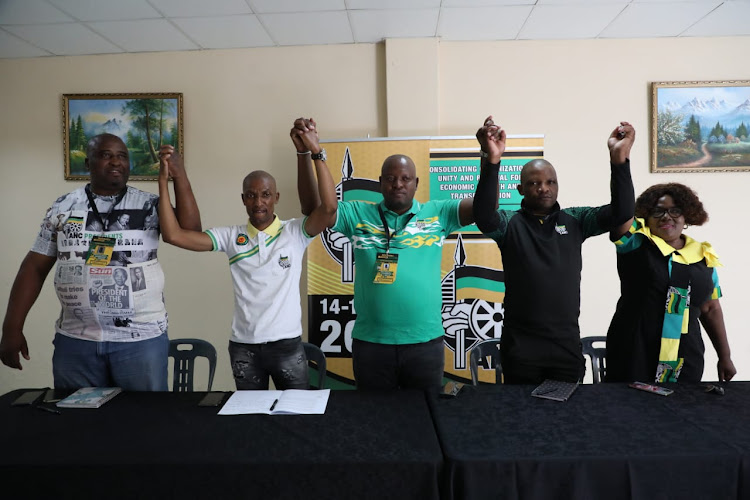 The ANC in KwaZulu-Natal’s Musa Dladla region will lobby the party’s NEC to review its decision to discourage ANC members from rallying behind former president Zuma during his court appearances.

The region has announced it will also as a matter of urgency engage other regions and the ANC provincial executive committee to persuade them to “reaffirm the long standing support for comrade President Jacob Zuma in his legal matters”.

This follows a visit by the newly elected regional officials to Zuma’s home on Sunday.

“As the ANC in Musa Dladla Region, we are of the view that comrade President Zuma is unfairly treated and is being undermined and belittled. His stature as a former president of the ANC and SA is being purposefully undermined by those who are hell-bent on seeing him embarrassed without even following due legal processes,” regional secretary Nathi Xulu said in a statement.

“We will be asking the ANC NEC to ensure that the support for comrade President Zuma is revived, maintained and respected by all and sundry within the ANC, for his battles with the law are nothing but an attack to the very ANC we are,” Xulu said, adding the decision was a conference mandate.

Newly elected  ANC leaders of Musa Dladla region in KwaZulu-Natal have an immediate task - deal with how to win back lost ground from IFP.
Politics
2 months ago

Xulu said the region believed that Zuma, as one of the party's stalwarts committed to the course of “our national democratic revolution unreservedly”, lost his youth and adult life for a just, united, nonracial, non-sexist, democratic and prosperous SA. As such the radical socioeconomic transformation for a better life for all South Africans must be supported.

“The 8th regional conference of the ANC Musa Dladla region was of a firm view that the national democratic revolution is under attack, but the detractors are failing to face the revolution itself. Thus they single out particular strong leaders of the ANC with court cases and the so-called step-aside counter revolutionary decisions that are informed by the mandates of the White Monopoly Capital,” said Xulu.

While the decision of not supporting Zuma during his court appearances by ANC members in party regalia was initially passed by the NEC, the province backtracked and leaders have been present at Zuma court appearances.

‘When will it end? Let him rest,’ pleads Zuma’s family after corruption trial postponed

In the wake of yet another court postponement, the family of former president Jacob Zuma has pleaded with the courts to “let the old man rest”.
News
2 months ago