Army will be ‘hard pressed’ to respond to crisis due to lack of resources, says Thandi Modise 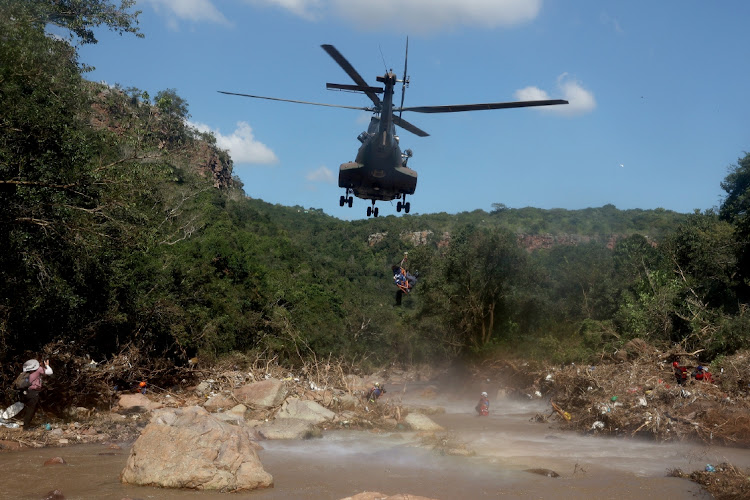 Defence and military veterans minister Thandi Modise has warned her department has such a lack of resources that if a critical event arose, the military would be hard pressed to respond.

She made the remarks on Tuesday while tabling in parliament her more than R49bn budget for the 2022/23 financial year.

Modise made reference to the July 2021 unrest and looting in Gauteng and KwaZulu-Natal when an estimated 15,000 members of the military were successfully deployed to quell the riots.

She also made reference to several civil interventions the military assists with to ensure the delivery of basic services to citizens, including the North West, which is being assisted with health services.

However, deployments come at a great cost to the equipment and funding of the military and often there is little or no reimbursement delivered, she said.

“This puts the SA National Defence Force under great pressure. I must inform this house the military will be hard pressed to respond to critical events in other provinces should the need arise. I state this with a very heavy heart. We are willing but we lack resources.

TOM EATON | Can you handle the truth? IS it clear? SA needs a strong military

Could silence about our military be because liberals don’t want to look like warmongers, while SADF types want it to fail?
Opinion & Analysis
3 months ago

“Unless there is a significant intervention, the cupboard will remain bare,” said Modise.

The department is facing a dire shortage of critical equipment desperately needed in times of crisis, future disasters and  climate change events. For example, tents, water purification and distribution systems were critically low. Serviceable [aircraft] airframes and flying hours were also in a critical state, according to the minister.

UDM leader Bantu Holomisa raised several concerns within the department which he said harmed staff morale, and urged Modise to fight for a bigger cut of the budget.

“Honourable minister, I would urge you as a new minister to fight for the allocation of [a bigger] budget,” Holomisa said.

The EFF’s Tseko Mafanya accused Modise of failing the country amid revelations of R3.3bn in irregular expenditure and the alarming state of aircraft.

“The level of decline of the defence force has surely got worse over the years,” said Mafanya as he noted that out of 270 aircraft only 46 are serviceable and most were in a dire state.

The minister said the state of equipment and facilities can, in many instances, be ascribed to questionable leadership and poor decision-making which damaged the department’s reputation.

Pretoria military base defenceless as it comes under siege from locals

“Similarly, when attending the department of international relations and cooperation heads of mission conference in April 2022, I received many complaints from our diplomatic fraternity about the performance of our defence attaché corps,” she said.

Mafanya responded: “This is not a sign of a department that knows what it’s doing and is serious about the capacity of defence to defend the country and its people.”

The IFP’s Narend Singh said the defence force was a shadow of its former self, citing budget austerity measures and the loss of professional career military personnel.

“The morale remains low, which is not assisted by issues relating to career progression, food scarcity and quality for troops as well as the low standard of maintenance upkeep of military bases in general,” he said.

While some MPs called for soldiers and military veterans to be properly remunerated, Modise admitted the compensation of employees portion of the budget was a grave priority area which needs to be addressed.

She revealed that on her appointment as minister, she discovered a bloated top-structure and a lack of rejuvenation in the bottom and middle components. To combat this, the department must reduce cost pressures on the compensation of employees portion of the budget, she said.

“Simply put, we need to retire more senior staff and recruit more young and agile people. I require the department to advise me on who must stay and who must exit the system.

“I require this information for my engagements with the ministers of finance and public service and administration,” she said.

What started as a logistical nightmare has dragged on for nearly nine months as more than 800 SANDF reservists are still waiting for payment after ...
News
3 months ago

SA soldiers have been involved in months of pitched battles against forces of an Islamist-backed insurgency in Mozambique, destroying enemy bases and ...
News
4 months ago