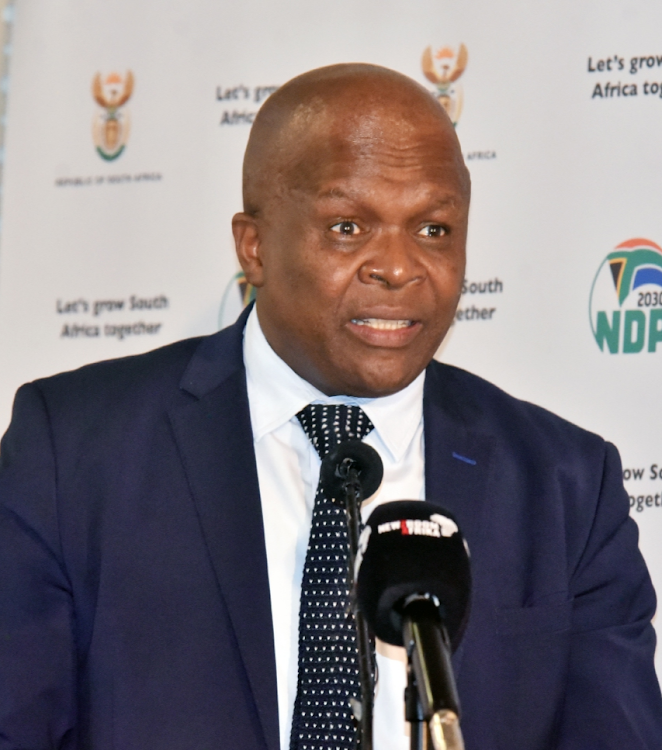 Fuel is expected to increase by between R1.93/l and R1.97/l in June. However, with the fuel levy reprieve of R1.50/l coming to an end in May, the increase sits at about R3.50/l unless government extends the temporary relief.

Mineral resources and energy minister Gwede Mantashe last week told News24 this was unlikely as the sale of strategic oil reserves was only enough to ensure a reduced levy for two months.

Mantashe, said he would meet finance minister Enoch Godongwana to see if anything could be done. Should the two ministers not agree on relief measures, South Africans face one of the highest fuel price hikes ever, which will see them paying about R25/l.

Addressing the media on the outcomes of a cabinet meeting on Wednesday, Gungubele said the government would wait for the ministers to give feedback. “But it’s a matter that is receiving special attention by the government because it affects our economy very strongly.”

It was not immediately clear when a decision would be made, but the government is running out of time with just more than a week remaining before the increase.

Fuel price increases affect critical elements of the economy, such as transport, agriculture, food and mining. An increase of this magnitude would greatly affect these sectors.

The cabinet has also approved the publication of a bill aimed at amending the constitution to add sign language as the 12th official language.

“The [Constitution Eighteenth Amendment] Bill amends section 6(1) of the Constitution of the Republic of South Africa of 1996, which proclaims that SA’s 11 official languages are Sepedi, Sesotho, Setswana, siSwati, Tshivenda, Xitsonga, Afrikaans, English, isiNdebele, isiXhosa and isiZulu.

“The amendments will give recognition to SA Sign Language (SASL) as the 12th official language of the country and will advance its cultural acceptance and affirm equal rights for all South Africans, irrespective of their disabilities. The department of basic education already recognises SASL as a home language.”

With the price of petrol expected to skyrocket to R25 a litre in June, driving up the already sky-high cost of food and transport, the DA is pushing ...
Politics
2 months ago

Uncontrolled fuel increases are the factor that can cause a collapse in the road freight logistics sector.
Ideas
2 months ago

Mantashe has all but admitted defeat on the fuel price hikes

Mineral resources and energy minister Gwede Mantashe has all but admitted defeat in the government's fight against rising fuel prices.
Politics
2 months ago