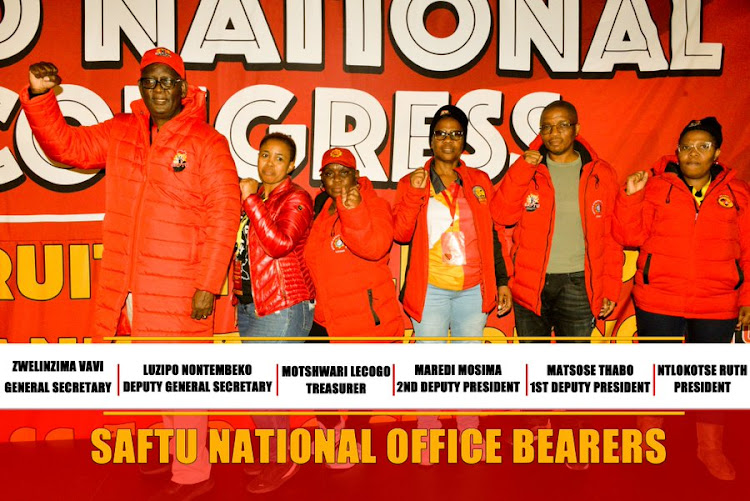 The outcome of voting for Saftu's national office bearers was announced in the early hours of Thursday, the last day of its heated congress.
Image: Saftu via Twitter

Zwelinzima Vavi has retained his position as general secretary of the SA Federation of Trade Unions (Saftu) at its heated national congress in Bokburg, Ekurhuleni.

Vavi received 389 votes against 300 for KwaZulu-Natal provincial secretary Moses Mautsoe, who had been nominated by its biggest affiliate, the National Union of Metalworkers of SA (Numsa), to go head-to-head with Vavi for the powerful position.

Ruth Ntlokotse fended off Mac Chavalala for the position of president.

Numsa members have suffered their first defeat at the heated Saftu national congress at the Birchwood Hotel in Boksburg, Ekurhuleni.
Politics
2 months ago

Saftu’s biggest affiliate, Numsa, is going ahead with its bid to unseat the general secretary of the federation Zwelinzima Vavi.
Politics
2 months ago

A SA Federation of Trade Unions organisational report presented by general secretary Zwelinzima Vavi to its national congress in Boksburg has painted ...
Politics
2 months ago