Mkhwebane sets out reasons why Ramaphosa should not suspend her 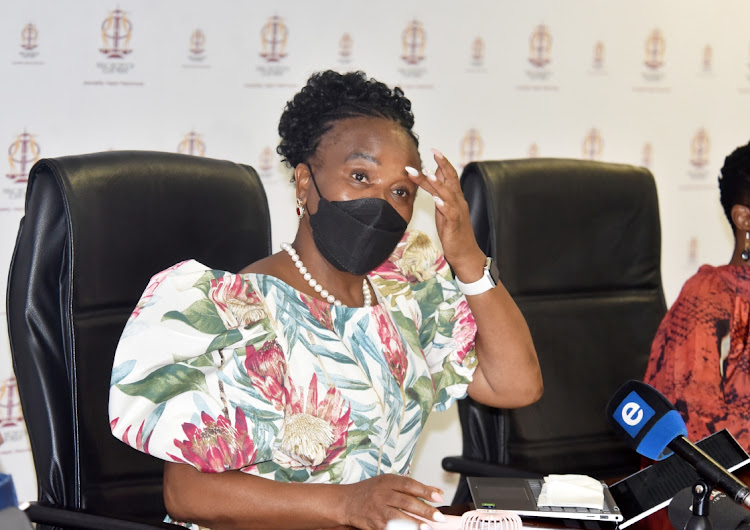 PERSECUTED Public protector Busisiwe Mkhwebane has sent reasons to President Cyril Rampahosa setting out why she should not be suspended. Mkhwebane said she sent this correspondence under protest because she holds a strong view that the powers to suspend will only be triggered after the start of the removal proceedings, which has not yet happened.
Image: File / Freddy Mavunda

Public protector Busisiwe Mkhwebane said she had written, under protest, to President Cyril Ramaphosa on Thursday setting out the reasons why she believes he should not suspend her.

Mkhwebane’s communication to Ramaphosa was in response to a letter he wrote to her on March 17 2022 after confirmation from the speaker of the National Assembly that the section 194 committee had resolved to continue with its consideration of the motion for the removal of the public protector.

Mkhwebane's spokesperson Oupa Segalwe said: "Adv Mkhwebane holds a strong view that President Ramaphosa is precluded from playing any role in her suspension primarily because he is conflicted and that, in any event, the powers to suspend as envisaged in section 194(3)(a) of the constitution will only be triggered after the start of the removal proceedings, which has not yet happened.”

Though she has given reasons why Ramaphosa should not suspend her, Mkhwebane said she reserved her rights .

"This is based on her belief that the letter in question will only be due after a decision on her two-part application in the Western Cape High Court in which President Ramaphosa, chairperson of the section 194 committee Mr Richard Dyantyi and speaker of the National Assembly Nosiviwe Mapisa-Nqakula are among the respondents,” Segalwe said.

Segalwe said in part A of the application, in which judgment is reserved, Mkhwebane is seeking interim relief interdicting Ramaphosa, Dyantyi and Mapisa-Nqakula from proceeding with the mooted suspension.

In part B, which has yet to be heard by a differently constituted court, Mkhwebane seeks an order declaring the conduct of Ramaphosa, Dyantyi and Mapisa-Nqakula in respect of the impeachment process unconstitutional, unlawful, null and void.

The public protector said Ramaphosa's conflict stems from the pending litigation relating to the Bosasa/CR17 bank statements matter and the multiple public protector investigations in which the president is heavily implicated.

“The president has previously conceded, under oath, in proceedings before the Western Cape High Court, that he is indeed conflicted. This was in respect of another Bosasa/CR17 court case.”

Segalwe said the questions of conflict are at the heart of the pending decision of the Western Cape High Court in both parts A and B of her application.

“She is of the view that any suspension before the finalisation of these processes would undermine the independence of the judiciary and amount to or border on the criminal offence of contempt of court.”

Mkhwebane gives Ramaphosa reasons why he should not suspend her

President Cyril Ramaphosa has received representations from public protector Busisiwe Mkhwebane in response to him asking her to provide reasons why ...
Politics
1 month ago

Public protector Busisiwe Mkhwebane says she will lay criminal charges against Ismail Abramjee and his alleged "accomplices" at the Brooklyn police ...
News
2 months ago

The Constitutional Court’s response to the revelation of the infamous text message about a pending application before it has caused “the utmost ...
News
2 months ago