'We all have an Ace up our sleeve': Video of Duduzane Zuma with Ace Magashule gets tongues wagging 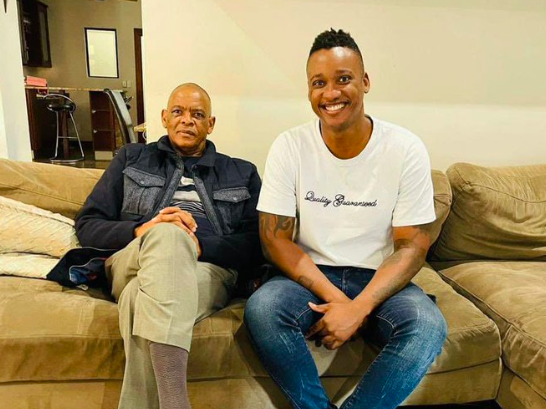 The KwaZulu-Natal ANC ward 11 branch chairperson met Magashule at the weekend to chat about legacy and the future of young people in political leadership.

“As much as people think they have us in the corner, remember one thing: we all have an ace up our sleeves,” said Duduzane.

Said Magashule: “They want to be leaders by force. If you watch every corner, people want to be leaders by hook or by crook. But we are there, we are watching the space and we are saying to our people to remain strong where they are. This too shall pass, the revolution and the struggle will a luta continua.”

The posts drew mixed reactions online, with some approving of the meeting and others questioning what else was discussed between the two.

Secretary General of the ANC Ace Magashule together with Chairperson of Ward 11 in Ethekwini Duduzane Zuma. Seems to me that more and more elders are warming up to the idea of getting behind a youthful candidate who will usher in a new era and take South African into the future. pic.twitter.com/hT8AO0r2Qv

You are judged by the company you keep......

Zuma has said he wants to follow in his father, former president Jacob Zuma's, footsteps and has been seen campaigning for support.

In December last year, he said his pursuit was more than a dream, and not even his lack of experience in politics would deter him.

He has a plan he believes will turn the ANC and SA around.

“If you’re saying I’m competing against someone it means we walk on the same path. I’m walking a completely different path,” he told Newsbreak Lotus.

“We’re going to do things differently and there’s no-one in that lane. That’s a lane I’m creating because I believe that’s the only way we’re going to overturn and overhaul the situation through the ANC.”

Speaking on Power 98.7, Zuma said: “It is less of a dream but more of conversations. I think over a period of time we all have these conversations about how we get involved in making a difference.

“I have been a businessman my whole life, an entrepreneur, and politics is very new to me. I’ve followed it, I have understood it and was a part of it,” he said.

"In the next 20 years, we will have the newest and most technologically-advanced cities in the world in SA and that starts now," said Duduzane Zuma.
News
2 months ago

In a video circulating on social media, Duduzane Zuma and others can be seen with shovels in hand, removing mud that slid into the home during the ...
Politics
3 months ago

"No excuses, no long stories. Either we do it or not. Sunshine or rain, we get the job done," said Duduzane Zuma.
Politics
5 months ago