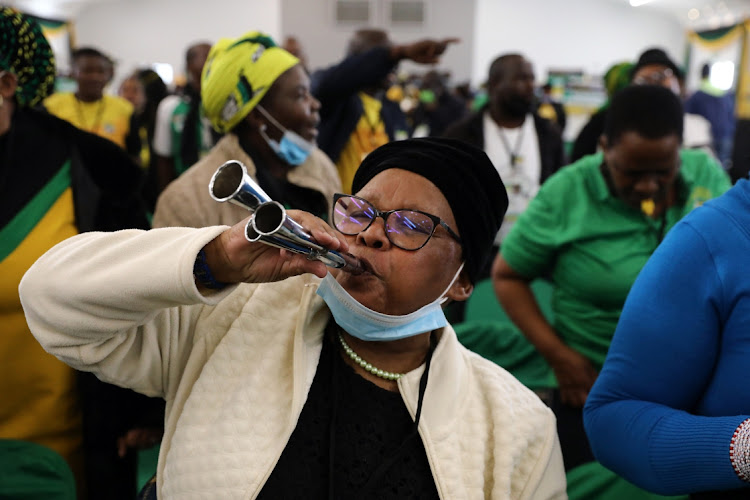 ANC members in Limpopo have come together at the Ranch resort in Polokwane to elect provincial leaders who will lead the province for the next five years.
Image: Thapelo Morebudi

ANC Limpopo provincial chairperson Stan Mathabatha on Friday delivered a scathing assessment on the state of the governing party and challenges he believes have the potential to bury it if the decay is not arrested.

Mathabatha was delivering his political report on day one of the 10th provincial conference where he will be seeking re-election.

According to Mathabatha, the ANC’s problems came into sharp focus as far back as 2005 highlighted by then secretary-general Kgalema Motlanthe before being echoed by his successor Gwede Mantashe at the 2017 policy conference in his diagnostic report.

However, charged Mathabatha, it was a concern that ANC leaders and members have largely ignored warning signs sounded by Motlanthe and Mantashe on threats to the very existence of the party.

Instead of improving, he said, the ANC “degeneration” was getting worse and the party was well on course to liquidate itself.

“The sad reality is that these historic challenges remain vicious and alive and threaten to liquidate the ANC,” he told the 1,200 delegates gathered at The Ranch Resort outside Polokwane.

Security is tight at The Ranch resort outside Polokwane, where the ANC Limpopo conference is due to start.
Politics
1 month ago

“The question for all ANC members is why are these challenges still with us? Why is it so difficult  to rid the organisation of these parasitic challenges? The challenges facing  the ANC are not cosmetic, the very existence of the ANC is under threat.

Mathabatha said the ANC’s talk of renewal at its 2017 Nasrec conference has become nothing but words as there was “no visible improvement” and things were falling apart.

Instead, in his view, being an ANC leader had become about self-enrichment, careerism and “toxic factionalism”.

Personality cults were the order of the day in all ANC structures from branch level right up to the national leadership.

As a result, society was justified in seeing the ANC as an the advocate of their disenfranchisement instead of the hope for a better life for all as proclaimed by the party.

“As leaders of the ANC, we must make a U-turn from tendencies that separate us from our people. Our people no longer see us in themselves. We have become distant and foreign creatures to our people.”

Among other issues that had turned the party to an enemy of the people, he went on, were corruption and mismanagement of public office.

The “sins of incumbency” and using the party as a vehicle to personal wealth accumulation was at the core of corruption and mismanagement of the mandate given to the ANC by the electorate.

The endemic corruption had also introduced a culture of displaying obscene opulence in the face of poverty and unemployment to the majority of the populace.

“A strange phenomenon has erupted in the movement where ANC leaders are associated with lavish living and exorbitance. The ANC cannot afford the tag of being elite politicians who wallow in lavish lifestyles and live in affluent suburbs whilst the people we lead gallop in the sea of poverty and dusty streets.

“We cannot have leaders with a [zeal] to flaunt money and naked material consumption in the face of the poor masses we lead.”

It was high time, he advised, for all ANC members to put their individual interests aside if the ANC had any fighting chance.

Mathabatha added: “The ANC must live and outlive all of us. The reality of the matter is that the ANC must be rescued from the grip of these negative tendencies.

“There is no doubt that the ANC is faced with an expiry of time if we do not do anything. We need to renew the movement or face the real possibility of the death of the ANC.”

ANC treasurer-general Paul Mashatile opened the ANC Limpopo conference on Friday, telling delegates that the governing party felt at home in the ...
Politics
1 month ago