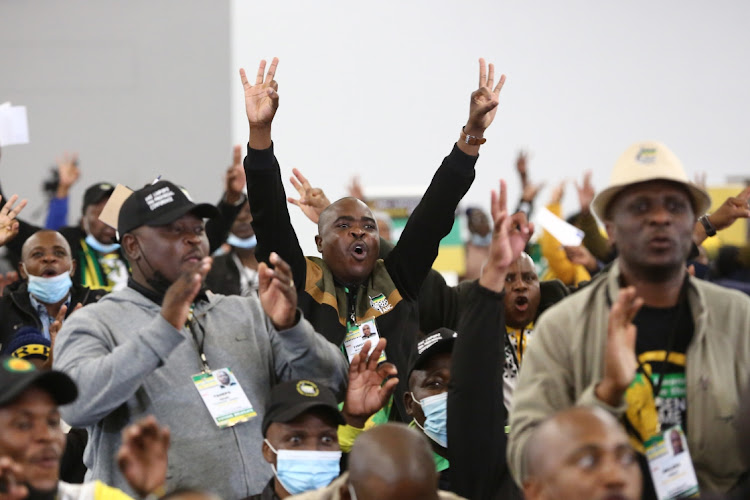 ANC members in Limpopo have come together under one roof to elect the leadership of the ANC provincial leaders who will lead the province in the following five years at the Ranch resort in Polokwane.
Image: Thapelo Morebudi

ANC treasurer-general Paul Mashatile opened the ANC Limpopo conference on Friday, telling delegates that the governing party felt at home in the province because its people continue to see it as the custodian of their aspirations.

“We have seen this in successive elections where even as our electoral support declines, we continue to do better in this province. We must never take this trust by our people for granted. We must continue to earn it,” Mashatile said.

He called on delegates to pay more attention to debates that will better the lives of the people of Limpopo.

“It must not just be a conference to elect leadership. At all times we must remember that the ANC exists not only for itself, but also, and most importantly, the ANC exists to respond to the problems of people as a whole.

“Accordingly, from all you comrade delegates, we expect high morale and high revolutionary discipline. We expect exemplary behaviour worthy of emulation by others within our movement who are yet to hold their provincial conferences.”

Mashatile said renewal and unity of the party was a mission that could no longer be postponed.

He, however, made these remarks at a highly charged and divided conference where opposing factions were clearly defining themselves. As they entered The Ranch outside Polokwane, where the conference is taking place, delegates supporting Stan Mathabatha, who is seeking a third term as chairperson, could be seen making the three-finger signal while praising their man in song. Those supporting his challenger Dickson Masemola were also in full song.

Mashatile said failure to unite would worsen the ANC’s electoral decline. “We need a renewed and united ANC to regain credibility and trust among the people of SA. To us, renewal includes ensuring that we do everything we do not for ourselves, but for the greater good of our movement and the people of SA. It includes taking deliberate action to close the social distance between our movement and the people.”

The ANC treasurer-general received a warm welcome from delegates as he made his way to the podium to begin addressing them.

They welcomed him in song, “phakama Mashatile, ixesha lifikile” (rise up Mashatile, the time is now).  Those close to him interpreted it as a tacit endorsement of his bid for the ANC deputy presidency in December.

Following the suspension of Ace Magashule and Jessie Duarte, Mashatile has taken over as acting secretary-general.

Security is tight at The Ranch resort outside Polokwane, where the ANC Limpopo conference is due to start.
Politics
1 month ago

Fears over the potential collapse of the ANC Limpopo provincial conference before take-off have been allayed with the province certain to convene for ...
Politics
1 month ago