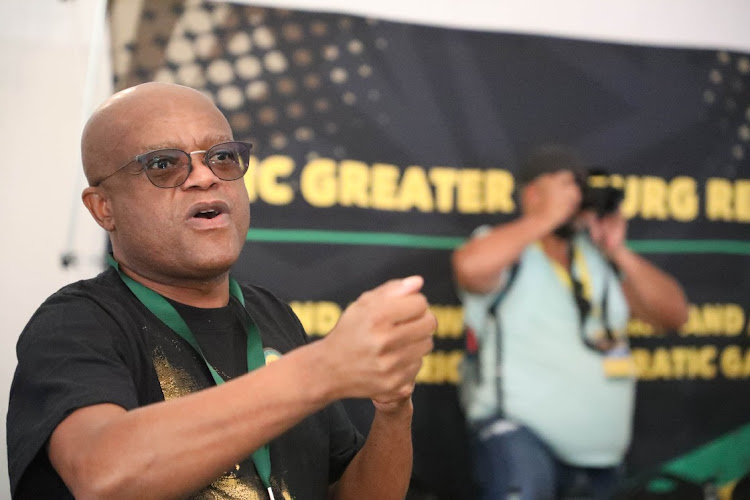 Dada Morero, has emerged victorious after a heated contest for the position of regional chairperson.
Image: ANTONIO MUCHAVE

Desperate to restore the tainted image of the ANC in Johannesburg, newly elected regional chairperson Dada Morero on Sunday said he would endeavour to root out members implicated in corruption.

He made the remarks on the sidelines of the party's 15th regional conference at the Idle Winds Lodge and Conference Centre in Centurion hours after his marginal victory against Eunice Mgcina.

“We will be deeply involved in the renewal project of the ANC which includes ensuring that those that have done wrong in the ANC or compromised the ANC because of their conduct and behaviour or have contributed in corruption [are rooted out].

“As the ANC we have to clean ourselves of those individuals without fear or favour. We have to do it otherwise the ANC will not be able to reclaim the confidence of the people.”

As the ANC we have to clean ourselves of those individuals without fear or favour. We have to do it otherwise the ANC will not be able to reclaim the confidence of the people

Morero said he was “excited” about his victory which would come with a huge responsibility.

This amid declining electoral support which saw the party suffer major blows in the 2021 local government elections.

The ruling party lost control of all Gauteng metros including Johannesburg which is now run by a DA-led multiparty government.

Morero said his administration would also focus on regaining control of Johannesburg and improving service delivery and the quality of life for the city's more than 5-million residents ahead of the 2024 provincial and national elections.

“Conference has given us a clear mandate that we should do everything in our power to reclaim state power. We will reclaim the City of Johannesburg, there is no doubt about it.”

He revealed the party had engaged several political parties in a bid to regain control of the city. Meanwhile, the provincial chairperson of the ANC, David Makhura, on Saturday warned that the coalition in Joburg was fragile and on the verge of collapse.

On this point, Morero said: “We have been engaging progressive parties who are in the city of Johannesburg, who are ready for us to reclaim political power and governance in the City of Johannesburg. That process is going to happen and we are convinced it’s going to happen before the end of year because the majority of the parties, even those in the coalition currently, are not happy about the way in which the DA is leading that government. They believe that the DA has no intention to raise the profile of Joburg.”

On Sunday delegates will elect additional regional executive committee members and adopt resolutions of the conference.

Gauteng premier David Makhura has warned that the ANC faces prospects of sitting on the opposition benches in the provincial legislature if party ...
News
1 month ago