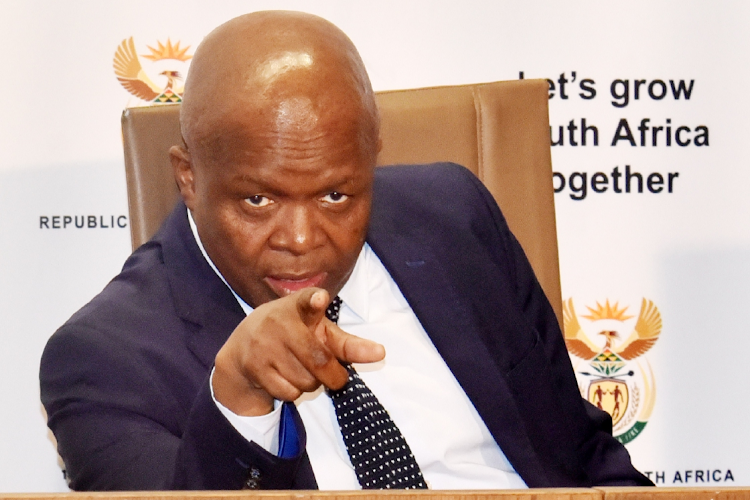 Minister in the presidency Mondli Gungubele has told MPs in parliament he intends challenging a decision by the General Public Service Sector Bargaining Council (GPSSBC) which ruled in favour of suspended public works director-general advocate Sam Vukela returning to work.

In July 2020 the Sunday Times reported Vukela had allegedly been implicated in massive overspending on state funerals and an irregular hiring spree.

President Cyril Ramaphosa changed the delegation overseeing the disciplinary process from the department of public works to the presidency.

In April TimesLIVE reported that after winning a two-year battle to have his suspension declared unlawful and lifted, Vukela would not be returning to work.

This is despite his victory at the GPSSBC, which ordered he return to work immediately. It ordered Gungubele and De Lille to lift the suspension after finding they committed an unlawful labour practice by suspending him beyond the 60-day period prescribed in clause 2.7(2)(c) of the senior management service handbook.

After winning a two-year battle to have his suspension declared unlawful and lifted, public works director-general Sam Vukela will still not be ...
Politics
2 months ago

Appearing before the standing committee on public accounts [Scopa] on Tuesday, Gungubele said the presidency was dealing with reasons why the DG should remain suspended.

“A date has been agreed when the judge will adjudicate,” he said.

Mphaphuli said: “Where we are now is that advocate Vukela was challenging his suspension in the labour court. It found in his favour and said he must be brought back to the office so he can be charged while he is in office.

The matter has been set down for June 14, when the presidency will put forward its case at the labour court.

Mphaphuli said progress in the disciplinary proceedings has been delayed because of legal challenges.

“Advocate Vukela referred an unfair labour practice dispute relating to his suspension to the GPSSBC.”

Public works and infrastructure minister Patricia de Lille has poured cold water on speculation that she appointed an acting director-general through ...
Politics
2 months ago

The EFF’s Veronica Mente said she was not comfortable with the explanation and processes undertaken to ensure Vukela is held accountable.

“I feel like there is a lack of investigation from the people who were representing the state against him in stating the facts. There are so many things we have dealt with, from the funeral of the late Winnie Madikizela-Mandela to the matter of Beitbridge, to be told it’s an unfair suspension and therefore we don’t have a case.

“To me, it indicates there is a problem within the state itself.”

Gungubele said: “The reason we are appealing against the award is that it was not the information and findings of the investigation on which the arbitrator based his award. It was more about procedural matters.”

Mphaphuli said the presidency is constrained on how much it can divulge because the matter is before the labour court.

“The matter is going before the labour court and all these legal issues will be ventilated there,” he said.

UDM leader Bantu Holomisa has raised questions about the appointment of Alec Moemi as acting director-general in the department of public works and ...
Politics
2 months ago

South Africans are beyond tired of it and the time it takes to bring people to book, but must not become complacent
Opinion & Analysis
4 months ago