Mantashe comes to Ramaphosa's defence: ANC president 'persecuted for being a victim of a crime' 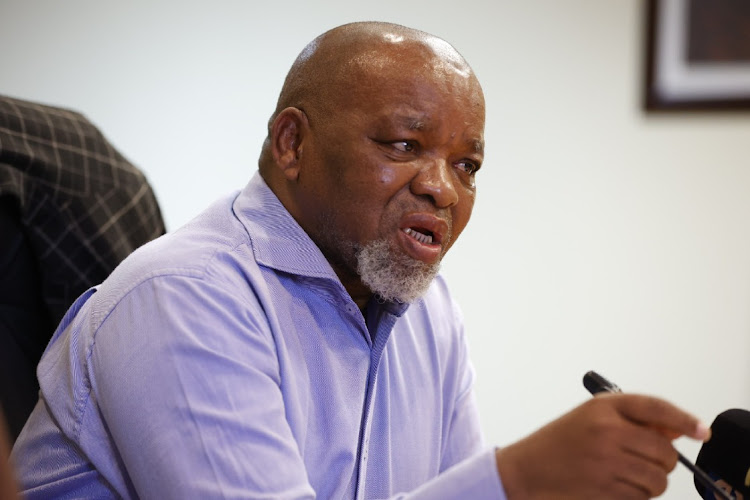 ANC national chairperson Gwede Mantashe says for the first time a party president is being persecuted not for stealing from taxpayers but for being a victim of crime.
Image: Thulani Mbele

For the first time in history, a president is being persecuted for being a victim of crime and not because they stole from taxpayers.

This is a line of defence ANC leaders are taking over allegations that President Cyril Ramaphosa covered up a robbery of millions in foreign currency at his Phala Phala farm in Limpopo.

ANC national chairperson Gwede Mantashe told TimesLIVE Ramaphosa was not going to take a leave of absence over the allegations until all processes had been finalised.

“I’m having a very interesting WhatsApp message that’s doing the rounds that says it’s something else that today we don’t have a president who’s accused of stealing from the state but a president who was robbed himself [but is being persecuted],” Mantashe said.

The ANC believed Ramaphosa should remain in his position until all investigation processes, which are likely to include the SA Revenue Service, SA Reserve Bank and the Hawks, are concluded.

Former state security boss Arthur Fraser last week laid a criminal complaint against Ramaphosa for breaching the Prevention of Organised Crime Act by allegedly not reporting the robbery in 2020.

“I love the idea that says here the president of the ANC is not accused of stealing, the allegation is that his money was stolen, now there will be processes that will culminate in a number of issues: let’s say Sars for example — we will wait for them to make a determination, but what are you taxed on when money is stolen?” asked Mantashe.

“Second one would be something like a determination by the Reserve Bank that you had foreign currency that came in here that was not declared, but what do you declare when it is stolen? So all the issues will depend on the processes and my own view is that let’s give these processes space to determine what direction is taken.”

Mantashe said because he was not charged, Ramaphosa could not resign.

Another ANC leader in the party’s high structures — the national executive committee and national working committee — echoed the same sentiments, saying unless Ramaphosa decides to resign the party was not going to push him to.

“You know there is a joke doing the rounds that this is the first president that money was stolen from and he didn't steal from taxpayers, but he’s persecuted,” the ANC leader said.

“So the guy didn’t steal, he was robbed. So you rob the president, he doesn't rob you and then you want to prosecute him.”

The ANC leader said Ramaphosa had reported the matter to his VIP protection which were part of the police.

This was a complex case to prove as so far there seemed to be no pictures proving the actual amount of money stolen at the farm.

“You need to be sure how much money was there. If you say it’s $4m because that guy says $4m to $8m, but you need to have proof that is indeed the money.

“How do you prove that? Did somebody take a picture, because if you're relying on those photos on the video of those intruders, surely you're not going to be able to tell whether that is dollars or ... something in R10 notes weighing exactly the same 40kg as the $4m, or maybe if the domestic is a witness, maybe it was 4-million Zimbabwean dollars. So it's a very difficult case to prove how much money was there. He has already said on record that it is far, far less. So it is really unlikely that he can even think about leaving.”

Cattle sale that dragged Ramaphosa into political storm is back

President Cyril Ramaphosa, who has been fending off allegations that he covered up a robbery at his game farm in Limpopo, plans to hold a cattle ...
News
3 weeks ago

President Cyril Ramaphosa pulled out of a meeting with senior ANC MPs on Tuesday morning because he was “unavoidably detained” in Gauteng, according ...
Politics
4 weeks ago