'The law must be allowed to take its course,' says president 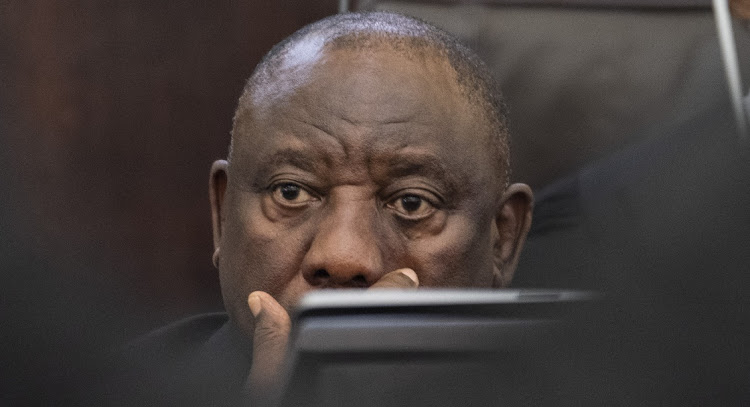 President Cyril Ramaphosa says he will not discuss details of the “farmgate scandal”, citing legal advice.

“The robbery that took place on my farm Phala Phala in 2020 is the subject of a criminal complaint and the law must be allowed to take its course. In other words, due process must be followed,” he told the National Assembly on Friday.

“I have listened to the views of a number of members of this house who have raised thoughts, suggestions and proposals on this matter. Some of the views have been to counsel me and yet others have been laced with insults.

“I will not respond to insults. I should, however, say the counsel and suggestions that have been made raise points I should consider.”

Ramaphosa said he had received advice that he should not respond to speculation, conjecture, allegations or so-called revelations.

“I will give these matters consideration against the backdrop of the advice I have that this matter should be ventilated in the proper and appropriate forums.

“I repeat, the law must take its course and due process should be the order of the day in this. As a result, I will not right now be responding to these matters that have been raised around this — counsel that has been put forward, I will put under consideration.”

He was replying to debate on the presidency budget vote on Friday which was delayed by more than three hours as EFF MPs disrupted proceedings while seeking to bar him from addressing the house.

Ramaphosa cited the number of times he had appeared in parliament to answer MPs’ questions and the number of written replies he had provided as evidence that he never shirked or shied away from accountability.

His appearances before commissions of inquiry were further evidence of his willingness to account.

“Three full days is the number of times I, as the sitting head of state, which in a number of places is unheard of, have testified at two major commissions of inquiry since 2018.

“Other heads of state never submit themselves to that level of inquiry. When I’ve told them I’m going, some of them asked me: ‘What is this, why should you as head of state even begin to subject yourself to such a process?’” he said.

President Cyril Ramaphosa is on Friday briefing the media on allegations of corruption levelled against him by former State Security Agency boss ...
Politics
3 weeks ago

Disruption of President Cyril Ramaphosa’s reply to debate on the presidency budget vote continued in parliament on Friday.
Politics
3 weeks ago

WATCH | 'We are being sexually harassed under your watch': Second day of chaos in parliament

Parliament descended into chaos for the second day running on Friday morning as EFF MPs continued to disrupt proceedings during debate on the ...
Politics
3 weeks ago