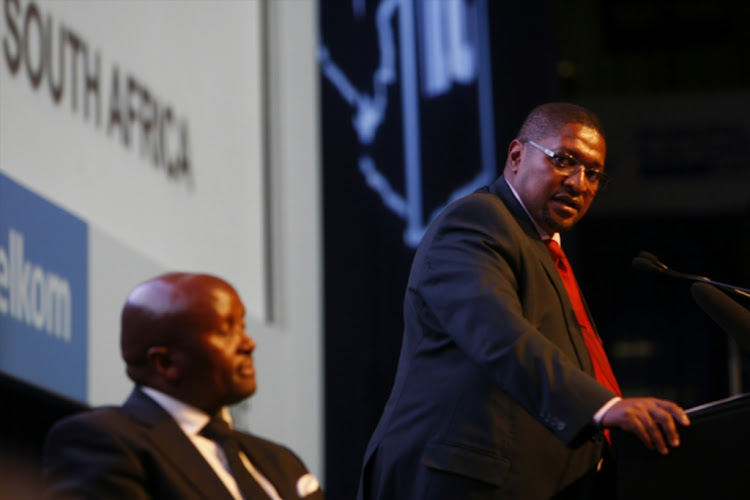 Glen Mashinini is set for reappointment at the Electoral Commission (IEC) after the National Assembly recommended him to fill a vacancy in the elections body.

The assembly succeeded in a second attempt in eight days to approve Mashinini, with 219 MPs voting in favour, while 38 voted against the recommendation.

A whopping 205 of the supporting votes came from the ANC.

Exactly a week ago, 190 MPs voted in favour of Mashinini, falling short of the 201 legal requirement for his name to go through.

IEC commissioners are appointed by the president at the recommendation of the majority of National Assembly MPs.

The vacancy was created as a result of Mashinini’s first term of office as an IEC commissioner expiring on April 16.

Twelve candidates will be interviewed on April 1 for a vacant position at the Electoral Commission.
Politics
3 months ago

Mashinini was first appointed as an IEC commissioner in April 2015. Six months later, former president Jacob Zuma made him chair of the commission. Before then he served as a special projects adviser to Zuma between 2012 and 2015.

To fill a vacancy in the Electoral Commission, the speaker of the National Assembly has to request the chief justice to establish and convene a panel made up of heads of chapter 9 institutions and comprising himself as chairperson.

After calling for and receiving applications, the panel has to compile a shortlist, conduct interviews and thereafter submit a list of no fewer than eight recommended candidates to the home affairs portfolio committee.

The committee then nominates a person from the list of recommended candidates, and that person is then recommended by a majority resolution of the National Assembly for appointment by the president.

In its recommendation to the home affairs portfolio committee, the panel — chaired by chief justice Raymond Zondo — said as chair of the commission, Mashinini has acquired a wealth of experience about national and provincial elections and the workings of the commission.

Parliament must get cracking on new electoral system

It is exactly two years since a landmark Constitutional Court ruling declared sections of SA’s electoral laws unconstitutional because they did not ...
Opinion & Analysis
1 month ago

“During his interviews he was able to deal with issues facing the commission with clarity and confidence. This accords with what is to be expected from someone who has been within the electoral environment for more than two decades,” said the panel.

“He spearheaded the development of the 2020-2025 strategic plan for the commission and if reappointed his experience and competence would enable him to make the much needed contribution to the commission to ensure its successful implementation.”

The DA objected to the recommendation, saying during Mashinini’s term as IEC commissioner he has overseen an unprecedented decline in voter turnout.

“In 2016, 15-million people voted and this number declined to 12-million in 2021. This is a clear indication the IEC is failing to promote voter turnout, and numerous reports have indicated young people do not have an appetite to vote. The IEC doesn’t have a tangible plan to attract young voters,” said DA MP Angel Khanyile.

She also claimed that during Mashinini’s term there had been a lack of accountability within the IEC, with some issues of irregular conduct by some commission presiding officers remaining unresolved until voting has been finalised.

Khanyile said the public’s trust in the commission has declined over the years.

One SA Movement to challenge delay in Electoral Act amendment

One SA Movement will challenge parliament and its failure to amend the Electoral Act that will enable independent candidates to contest local and ...
Politics
3 weeks ago

Opposition also to blame for our failed state

With the country facing combined financial and social crises and a breakdown of law, and the governing ANC in disarray, the opposition parties are ...
Opinion & Analysis
3 weeks ago

Time is ripe for electoral change in SA

A new system [that] allows people to directly choose the people they deem worthy to go to parliament and serve the nation is needed.
Opinion & Analysis
3 weeks ago

'This feels like democracy' - reaction pours in after LGE results

IEC chairperson Glen Mashinini says the election, in which 12.3-million people voted, was free and fair.
News
8 months ago