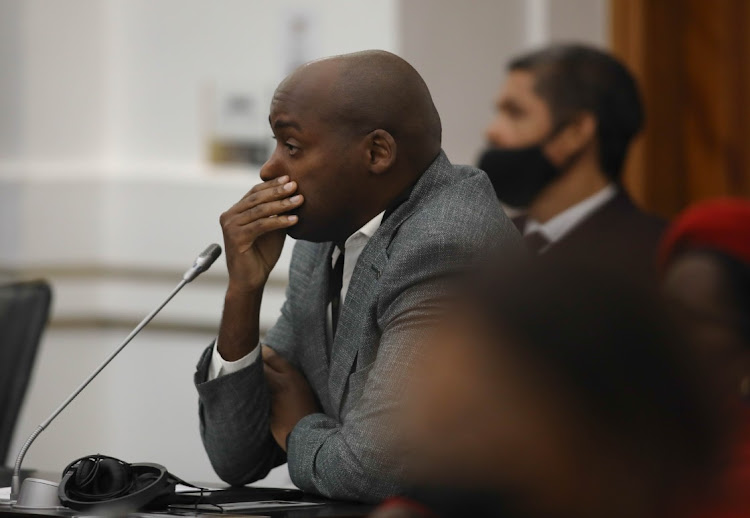 He lamented the suspension of public protector Busisiwe Mkhwebane, saying her office was “the only institution” that had launched an investigation into the president’s alleged conduct.

“The only institution that had started the investigation of Ramaphosa got its head suspended. Speaker is refusing to make Ramaphosa account and an inquiry held. SA Revenue Service, police service, Reserve Bank and home affairs are keeping mum on very serious allegations of crime committed by a head of state,” he tweeted on Monday.

The only institution that had started the investigation of Ramaphosa got its head suspended. Speaker is refusing to make Ramaphosa account and an inquiry held. SARS, SAPS, SARB, Home Affairs are keeping mum on very serious allegations of crime committed by a Head of State.

“If @CyrilRamaphosa has nothing to hide, why did he decide to suspend Mkhwebane a day after she told the public that she would investigate what has happened on @CyrilRamaphosa Phala Phala farm and why there was so much foreign currency on the property?” @RevMeshoe

“President Ramaphosa has a Constitutional right to suspend Adv. Mkhwebane but the ACDP questions the timing of the suspension.” @RevMeshoe

Ramaphosa has been mired in controversy since former spy boss Arthur Fraser laid a criminal complaint against the president, claiming he concealed from authorities a theft at his Phala Phala farm in 2020.

Last week Ramaphosa told journalists he will not step aside as this could be seen as him conceding that he would have interfered with the investigation.

“There could be a suspicion that I would interfere with the police and others. We have said we want police to investigate whatever crime, whoever it is against, without any fear or favour and on an impartial basis.

“If I were to say I am stepping aside on that account, it would basically mean I am confirming I interfere in the investigation process, which I don’t,” he said.

President Cyril Ramaphosa says SA has a huge mountain to climb in the quest to create jobs as youth unemployment is at a record high.
Politics
3 weeks ago

There are continued calls by some for President Cyril Ramaphosa to step aside amid the “farmgate” scandal, in which he is accused of concealing the ...
Politics
3 weeks ago