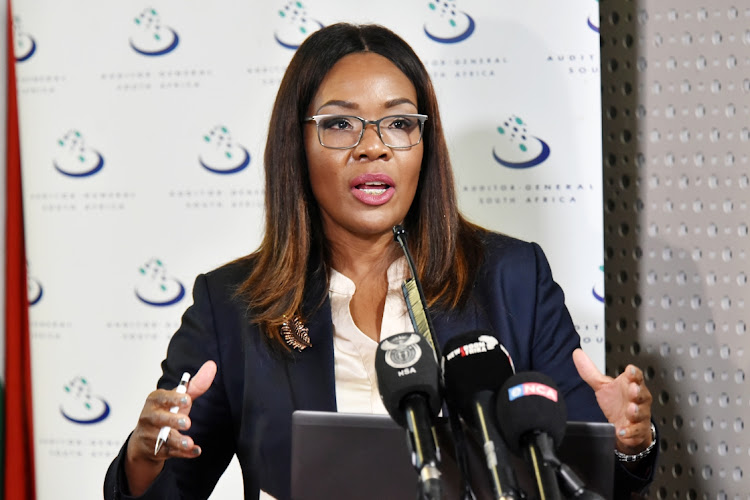 Auditor-general Tsakani Maluleke is flexing her muscles by taking the auditing process one step further in an effort to understand why her office has been forced to issue disclaimer audit opinions to 25 municipalities.

In an unprecedented move for the AG office, it has referred six municipalities to the Financial Intelligence Centre (FIC) to investigate their unexplained accounting practices.

A disclaimer audit opinion is the worst a municipality can get, as it means the municipality could not provide auditors with evidence for most amounts and disclosures in its financial statements.

Maluleke was tabling the 2020/21 municipal audit outcomes to parliament’s standing committees on the auditor-general, public accounts and the select committee on appropriations.

Corruption rife because municipalities don’t do their jobs properly: Batohi

The impact of the graft is a result of local government’s complete failure to do its job properly, she said
News
3 weeks ago

“We then said of the repeat disclaimers, let’s take a sample of 10 of them and have a look at what we can say about where the money has gone because in a disclaimer audit opinion basically the auditors are saying these financials are so wrong, I can offer you no clarity about what you can do with them.”

“We then took their bank statements and assessed through data analytics where the money had gone,” said Maluleke.

Only in four of the 10 municipalities were the auditors able to follow the money trail.

But in the case of six municipalities, they could not work out where the money had gone.

“Having done our analysis we concluded that we are none the wiser. The municipality is not telling anybody, we are unable to assist.”

Maluleke said having run their tests, the auditors were unable to identify the unique identifiers on the bank statements to see where the money has gone.

“So the instances of fraud are particularly worrying here because it is highly likely that much of this money has gone where it is not supposed to go,” she said.

The AG decided to share its findings on the municipalities with the FIC, asked the centre to investigate and to assist the system in taking requisite action.

As the country's financial intelligence unit, the FIC assists in identifying proceeds of crime, combating money laundering and the financing of terrorism, among other things.

Auditor-general Tsakani Maluleke is briefing the media on the audit outcomes of municipalities on Wednesday.
News
2 weeks ago

POLL | Should other municipalities follow the City of Joburg's plan to write off debt?

Will you be applying for a write-off?
News
1 month ago