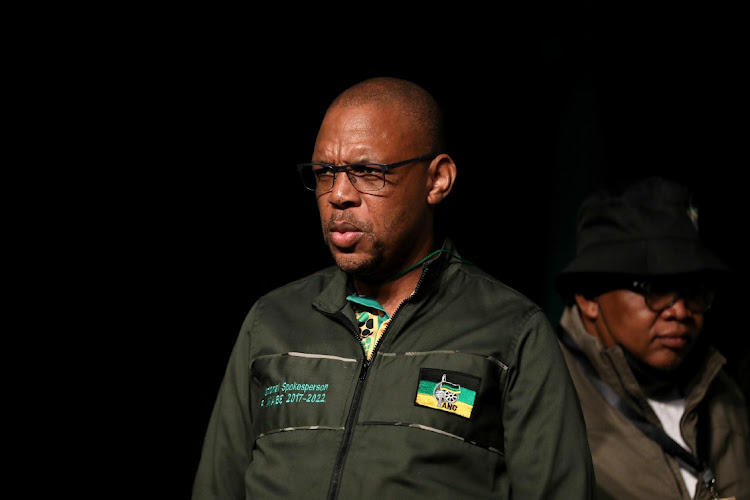 ANC national spokesperson Pule Mabe said, "We can no longer be able to preside over an organisation that is self-destructive, that goes out to loose elections." File photo.
Image: Sandile Ndlovu

ANC national spokesperson Pule Mabe has hinted that the North West provincial conference may be postponed due to ongoing internal disputes in branches.

The conference was scheduled to take place next weekend.

On Friday, disgruntled party members from Dr Kenneth Kaunda region, in North West,  gathered at the party’s headquarters Luthuli House to express grievances over the alleged rigging of branches and sabotage by those in power, among other issues at branches.

They blocked entrances, leaving staffers and journalists trapped inside the building for hours while waiting to be addressed by the national leadership.

“We have said that there is no provincial conference that will proceed anywhere else in the country up until such time that all of the disputes have been resolved because the platform of conference in the ANC must be one that unites all of you,” said Mabe.

One of the protesters put it to Mabe that the party had suffered major electoral losses, losing control of many municipalities after the 2021 local government elections. “Please take us seriously,” he said.

He urged the “conflicted” national leadership to urgently attend to their grievances to avoid further loses.

Another member, Bishop Moloi, said they were “sick and tired” of the provincial leadership after several failed attempts to get their attention. Moloi said they would no longer follow internal processes and threatened that their next move would involve legal action.

Mabe responded: “You comrades are correct, we can no longer be able to preside over an organisation that is self-destructive, that goes out to lose elections even when it has got a bigger network of branches on the ground.”

Members in good standing must be able to exercise their democratic rights and wishes in conferences of the ANC as the party belongs to the people, said Mabe as the crowd shouted in agreement.

Some members appeared unconvinced by Mabe’s remarks and interjected while he addressed them. “We are giving you this assurance, we are in touch with the national dispute resolution committee (NDRC), we are going to make sure that all of the issues of North West are attended to,” he said.

Mabe brushed aside remarks that there had been a hostage situation at Luthuli House before he arrived there. “No, no. These are members of the ANC,” he said.

North West Health: The hits and misses of the section 100 intervention

It has been almost four years since the North West department of health was put under administration in 2018, but some healthcare users there say ...
News
2 weeks ago

MAKHUDU SEFARA | Find your balls and ditch Cyril or it’s curtains for you in 2024, ANC

Ramaphosa is pulling a Zuma on us, but his removal can only be engineered from within the ANC and that’s unlikely
Opinion & Analysis
2 weeks ago