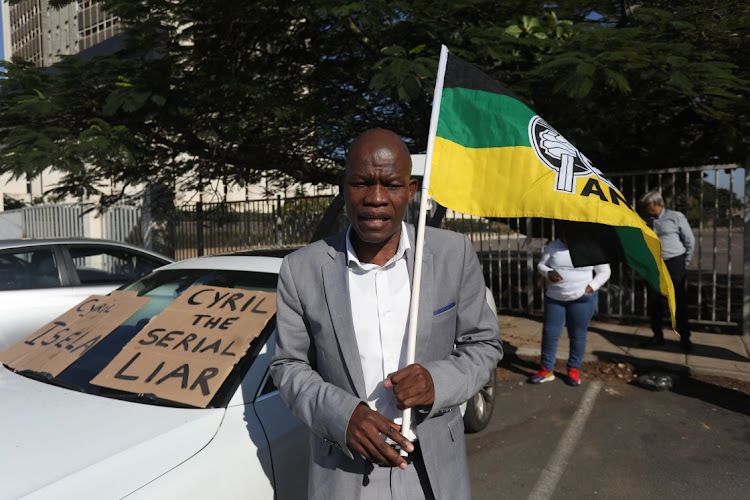 A case of corruption was laid by Srini Naidoo representing Really Democracy, a civil rights organisation. According to Naidoo, Ramaphosa confessed that the money was proceeds from selling animals. “Now who sells animals for cash, let alone foreign currency?”

Naidoo called on US authorities to look into the case which he believes is an international matter.

“The American authorities should look into this. This is against their Patriot Act, and money laundering acts. It is an offence to them and this not just an SA offence, it is an international offence. What Cyril Ramaphosa has done is holding foreign currency in his furniture secretly,” Naidoo said. 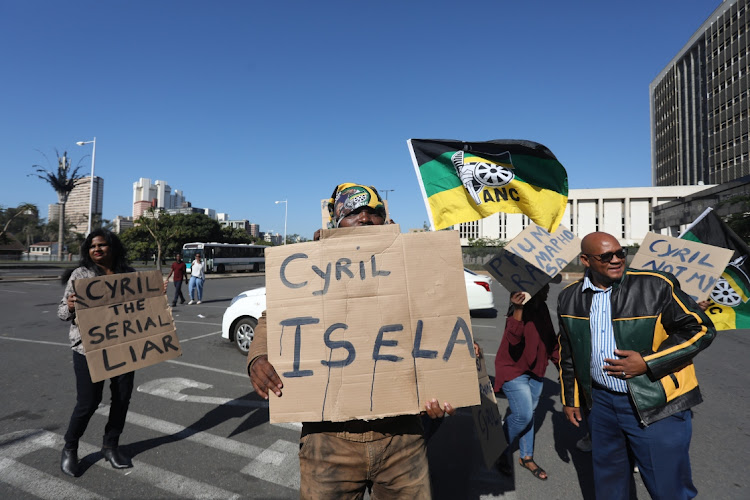 Another case of gender-based violence was opened against the president by Nkosenhle Shezi, a known Zuma backer.

“In 2020 certain money was stolen and as a result of that a domestic worker of the president was captured illegally because there was never a case of a break-in that was reported to the SA police ... Throughout that interrogation the lady was kidnapped, was assaulted and that is the travesty of  justice that we cannot tolerate as the citizens of the country and we have logged that case with the SA Police Service,” alleged Shezi. .

Shezi and Naidoo were accompanied by a handful of supporters who protested outside the police station.

Arthur Fraser meets the Hawks to ‘assist’ with Ramaphosa investigation

Former spy boss Arthur Fraser says he has furnished the Hawks with additional information and details on "farmgate".
News
2 weeks ago