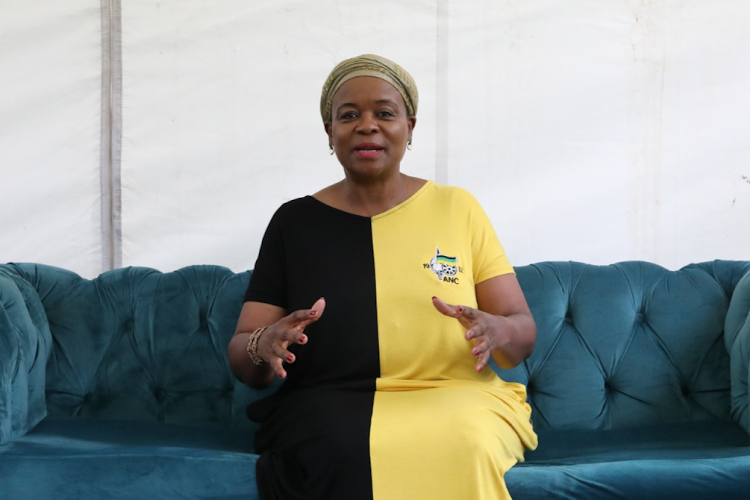 Co-ordinator in the office of the secretary-general of the ANC Gwen Ramokgopa.
Image: Thapelo Morebudi

The decision by the ANC in the North West to postpone its conference by almost a month may be overturned as Luthuli House is yet to “assess” its state of readiness.

The ANC North West interim provincial committee on Sunday announced at a press conference that it has decided to postpone its conference, initially scheduled for next weekend, to August.

Hlomani Chauke, interim provincial co-ordinator, said they were postponing it because of disputes from some branches and the possible appeals that may follow.

This decision is however at odds with the timeline set by Luthuli House that all conferences must be held before the policy conference at the end of July.

TimesLIVE in January reported the party had instructed all provinces, including Gauteng, to bring their conference dates closer as from the end of July all focus should be on the build-up to the national conference in December.

Co-ordinator in the office of secretary-general Gwen Ramokgopa told this publication hours after Chauke made the announcement that Luthuli House has not rubber-stamped the decision.

“So what we do is we meet as SGO together with the two units which is organising and NDRC which deals with disputes and appeals as well as the NEC deployee. So for North West we have not as yet assessed that,” Ramokgopa said.

Ramokgopa said however that North West, like all the other provinces, has to adhere to the timeline adopted by the national executive committee that all conference be held before the end of July.

“So we have not as yet reassessed North West, so we will be assessing their state of readiness. You’ll remember that Free State had decided on its own that it wants to go through a different process and it's not ready to be compliant with the timelines given, and we disagreed with them.

“So all provinces must work within the directives of the conference and NEC, so we will assess them and come back to them.”

According to Ramokgopa, North West was moving slowly in terms of constituting branches until Luthuli House intervened and gave them two national appointed to strengthen the interim structure.

“Things have picked up since this intervention and that, if needs be, more reinforcement can be provided to them.

“They claim that not all their appeals have been processed and all that [but] we’ll see. If we need to give them capacity we’ll give them capacity but for now the decisions of the NEC stands in terms of the timelines and as the SGO we monitor that every province is making progress,” she said.