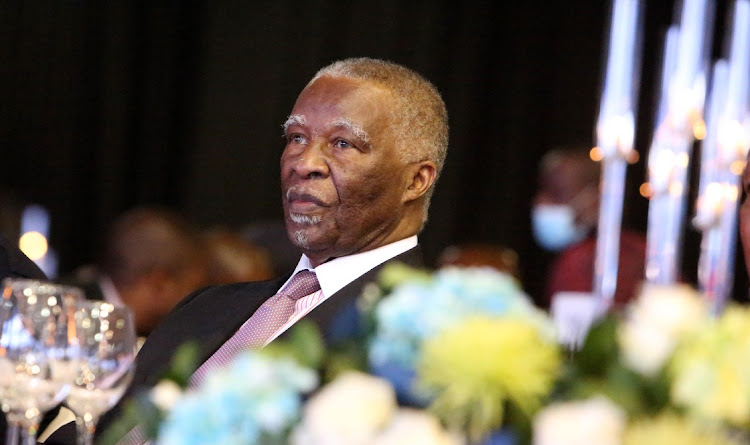 Former president Thabo Mbeki reminisced about his childhood and first attempt to join the ANC in 1952, when he was just 10 years old.

He addressed guests, including current and former ANC leaders, at his 80th birthday gala on Saturday.

Mbeki shared that he encountered a defiance campaign that was recruiting ANC Youth League (ANCYL) volunteers and wanted to be part of it.

He and his cousin, who was eight at the time, managed to raise the joining fees and approached the campaign to volunteer their membership.

“They said ‘no, keep the money until you grow a bit bigger and then come back’. We couldn’t join. I joined the ANCYL four years later in 1956. I have stayed there ever since. Fortunately, they have never chased me away,” said Mbeki.

He said joining the ANCYL led to his and his peer’s expulsion from high school in 1959.

“The principal expelled somebody wrongly, thinking that fellow was a member of the league. He wasn’t. We discussed the matter as the league and went on strike, demanding the return of the person wrongly expelled. He expelled us anyway,” he said of the experience that taught him the importance of comradeship.

Mbeki also reflected on internal tensions in the ANC, saying he knew the time had come for him to retire in September 2008.

President Cyril Ramaphosa described Mbeki as one of the most revered leaders on the continent. He promised the former president he will see the fruit of his fight for freedom and democracy realised in his lifetime.

“The democracy you helped build, of which you are a founding father, will rise to reach its full potential in your lifetime. The people of our beloved SA and the continent shelter between the branches of wisdom and rich ideological legacy that restored our pride in our Africanness. For all these achievements and more, we truly thank you,” said Ramaphosa.

Former president Thabo Mbeki says South Africans are justified in concluding that some ANC members are liars and thieves.
News
1 month ago

Former president Thabo Mbeki has conceded that the ANC’s highest decision making body, the national executive committee (NEC), made a mistake by not ...
Politics
1 month ago