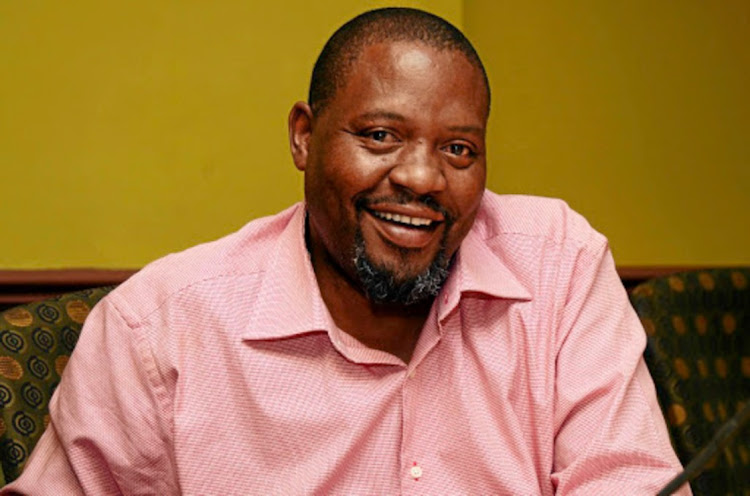 Jacob Khawe says there is hope for him to bounce back despite being rejected by the two factions ahead of the provincial conference this weekend. File photo.
Image: Mduduzi Ndzingi

Outgoing ANC Gauteng provincial secretary Jacob Khawe believes he can return to his position at the party's provincial conference this weekend.

The governing party will convene its elective conference this weekend to elect new leaders, and Khawe does not feature in the two leadership composition slates heading to the gathering.

However, on Tuesday Khawe confirmed  he will seek re-election as provincial secretary when he will go up against TK Nciza and Thulani Kunene.

The highly contested conference is split between two factions in support of education MEC Panyaza Lesufi and human settlements MEC Lebogang Maile for the top position of provincial chairperson.

Kunene will run under the Lesufi slate and Nciza has married himself with Maile.

Khawe is hoping to emerge as a compromise candidate on whom both factions can agree.

In the powerful Joburg region, it is believed regional chair Dada Morero supports Maile as chair but prefers Khawe being re-elected as provincial administration head instead of Nciza, who is the agreed upon candidate by the slate.

Khawe said his emerging as a third way in the provincial secretary contest was “what we’re expecting”.

He was not bothered about not appearing on any of the slates.

“I don’t believe the only criteria for a leader of the ANC to be elected or confirm he does have capacity to lead should necessarily be through a slate. It should be based on the background of a leader, a track record and the ability to do the task at hand, not because the slate wants a person to lead,” said Khawe.

“I fully believe the necessary experience and knowledge I have is enough for such a position in the province.”

Khawe said he has been back at work as provincial secretary after being cleared by the integrity commission and provincial executive committee (PEC) on allegations of gender-based violence (GBV).

He took a leave of absence after accusations of GBV by his estranged wife Nthabiseng.

ANC Gauteng provincial secretary Jacob Khawe has been granted special leave by the provincial executive committee to afford him time to deal with ...
Politics
2 months ago

“I appeared before the national integrity commission and they said there is nothing they find on this matter. They referred the matter back to the province,” Khawe said.

“I’ve been back at work for the month. I am in charge of running the conference. I presented the organisational report yesterday adopted by the PEC. I’m doing the credentials as we speak.”

Two members of the PEC confirmed Khawe was cleared to return to work by the PEC.

He said the matter between him and his wife has been settled at a family level.

“Members of the ANC were satisfied about the explanation and behaviour. I am among those who have always joined campaigns that are anti-GBV and I remain committed in that fight.

“I opted not to enter into the public domain because I thought such a matter is a family and private matter and needs to be solved in that way. It has been solved, so it’s in the past.”

MEC is in a close contest with Lebogang Maile for the post of provincial chair.
News
2 weeks ago

LISTEN | Lindiwe Sisulu 'will not stop' attacking judiciary and constitution

“I am not going to stop, I am going to continue,” says minister of tourism Lindiwe Sisulu on her sustained offensive against the country’s ...
Politics
1 week ago

The outgoing ANC leadership in KwaZulu-Natal believes the party is in a better state than what they inherited four years ago, according to provincial ...
Politics
1 week ago