'We're not thugs, thieves or communists': Mashaba bans use of word 'comrade' in ActionSA 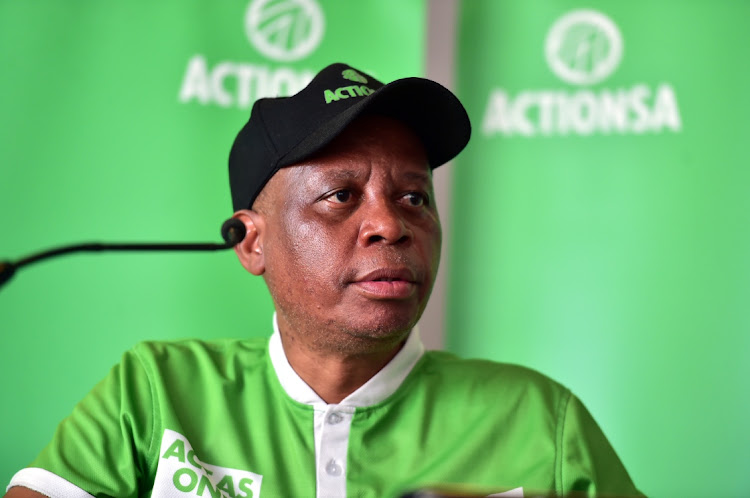 ActionSA leader Herman Mashaba has banned the use of the word “comrades” when addressing party members.

Speaking at the announcement of former ANC member Sello Lediga as ActionSA Limpopo chairperson on Monday, Mashaba said the word comrade has developed a new meaning in SA, and now refers to “thugs and thieves” disguised as politicians.

“The term 'comrades' is banned in ActionSA. Comrades are thugs and thieves. If anyone calls you comrade, you refuse because they only call you comrade when they want to corrupt you,” said Mashaba.

He asked his party members to refer to each other as “actioners”.

“We are not communists, comrade is a communist term. In ActionSA, we are 'actioners',” he said.

The ActionSA leader launched his party's election campaign on Thursday ahead of the elections in November.
Politics
9 months ago

“Sello’s background in the ANC is something that we celebrate in ActionSA. As a party, we have demonstrated an unparalleled ability to win support away from the ANC and this is the only way that the ANC can be removed from office,” said Mashaba.

“The culture of opposition parties fighting for the same pool of votes cannot advance the project to remove the ANC from government. We welcome supporters of the ANC to join our project to fix SA, our issue does not lie with them but rather their leaders.”

Mashaba said Lediga joining ActionSA is critical to the project of bringing down the ANC and forming a new alternative in SA.

“This is another milestone in a series of milestones for ActionSA. We are emerging as a party with national impact and we are developing structures, wall-to-wall, throughout SA that will deliver our 2024 offer to the doorsteps of all South Africans,” he said.

ActionSA leader Herman Mashaba said legal representatives have been placed on a watching brief and will monitor every step of the process.
News
3 weeks ago

"This time mayor, you are not alone. You have us and all peace-loving South Africans behind you. Let them live in their past, and we take the country ...
Politics
3 weeks ago

TimesLIVE ran a poll asking readers if they thought Eswatini and Lesotho should be part of SA.
News
1 month ago